Has Big Data Made Anonymity Impossible? — As digital data expands, anonymity may become a mathematical impossibility.

Why did Komen for the Cure give Nancy Brinker a 64 percent raise? — Now that the Komen foundation has become a shill for right wing politics and policies, as opposed to a non-partisan charity devoted to cancer research, I think all of our cancer donations should go almost anywhere else. And believe me, nothing about this story convinces me otherwise. I've certainly stopped supporting any Races for the Cure.

Brady resigns as Illinois GOP chairman amid gay marriage controversy — The 'controversy' being that Brady showed insufficient bigotry to retain his qualifications as a good conservative. The GOP keeps pretending to clean up its brand, but the true face of conservative America keeps showing through.

5 Lowlights From The NRA Convention — Because the gun culture is all about high-minded principle, reasoned discourse and keeping it classy. Remember, according to the NRA you are safer with guns, even if you happen to be one of the 30,000 who die unnecessarily every year. (Thanks to .)

Blade Runner, Terminator, Minority Report and the deliberate sabotage of the Postal Service — So if your whole political shtick is based on being anti-government, then the Postal Service is a threat you’ve got to get rid of. That’s why, back in 2006, Republicans in Congress passed something called the “Postal Accountability and Enhancement Act,” requiring the agency to “pre-fund its future health care benefit payments to retirees for the next 75 years in an astonishing ten-year time span.” If you haven't heard of this, pay attention. It's all the GOP's intellectual dishonesty and ongoing vandalism of government rolled into one neat package.

QotD?: What scares you? 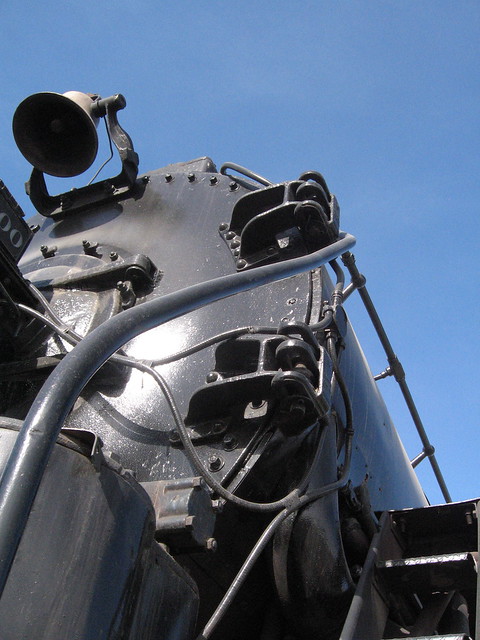 This morning I am going in for the CT scan to confirm what we know from the recent bloodwork. This will be the test that drives tomorrow's oncology consultation. From which I fairly reasonably expect to receive my terminal diagnosis.

In other words, I feel like I'm going before a firing squad. CT scans always make me very uptight, even when we have no specific reason to expect bad news. That's where my stress is focus and inflected. My state of mind can best be described as 'scanxiety'.

In that vein, my trip to San Diego was awesome. Gaslight Gathering took excellent care of me, kept me very entertained, and (mostly) out of the cancer headspace. Except for about the last ninety minutes, I loved being there the entire time.

In that last ninety minutes, I nearly lost my shit at the airport.

Those of you who know me in real life know that I place a very high value on being kind, polite and pleasant. I don't always live up to that value, but it's a strong element of my self-directed character. Stress will strip those things away from me, unfortunately.

Even getting into the airport was a bit of a trial. Several emergency response vehicles were in the drop-off area. This meant someone was having a much worse day that the rest of us, unfortunately. It also meant that the excellent Greg van Eekhout had to let me off well away from the terminal and I had to walk quite a while, swaddled against the sunlight and with my injured foot aching.

I got checked in easily enough, but the security lines were hideous. TSA only had two of the inspection lanes open, despite having hundreds of people queued up. I don't know if this was the sequester, their lunch hour, or just good old-fashioned poor management, but it was a mess.

Once inside, I discovered that the only water fountain in the entire concourse was out of service. I couldn't fill my water bottle in the bathroom, because San Diego is the only airport in America where the bathroom taps run hot water. More to the point, they run hot water only. And the line at the one concession selling water bottles was fifteen or twenty people deep. Since it was the coffee shop, that was also a very slow-moving line.

I finally found an open seat, which was nontrivial. My laptop wouldn't connect to the supposed free airport wifi. AT&T kept dropping signal on my iPhone, going from four bars to 'No service' and back again randomly. A minute or two after I sat down, the woman next to me was very sharp with me about the empty seat being taken. I started to apologize, then lost my temper and became rude back to her. Given my state of mind at that point, there was no graceful way to apologize or extract myself from the situation with social nicety. So I just got up and left.

This is not like me. This is so not like me. While I was legitimately having a frustrating day, my frustration was being compounded by scanxiety. It led me to behave rudely and inappropriately to a total stranger.

So I found another seat. I decided to take a Lorazepam, only to then discover we had forgotten to pack that particular medication. Perfect. Just fucking perfect.

I did take a Lorazepam last night to help me go to sleep. I am considering taking another this morning to keep me mellow on heading for the scan. But, yeah, this is a tough, tough moment. The inside of my head is a mess. My body is firing off physical stress symptoms like crazy, which for me mostly express as lower GI distress. I know what's coming. I hate it and fear it. But it's coming. And so I fixate on the scan because that is the moment when the unknown becomes known. The uncertainties are collapsed, and then we get to find out what happens next.

Unfortunately for me, at this point there are only bad answers and worse answers. We left "good" behind a long time ago.

Cancer is a lousy hobby.

I'm having a terrible day. Tell me a joke, make me laugh.

The comments section is yours.
Collapse