Zachary Quinto and Leonard Nimoy — This is freaking genius. (Spotted lots of places, but sent to me first by Lisa Costello.)

European migration evident in DNA patterns — A study of people in 40 countries illustrates long-established changes in Europe's population. Going back a few thousand years, researchers find that everyone on Earth is related to everyone else. This is cool, but hardly surprising, I should think.

More than half of the world's population lives inside this circle

Antibiotics could cure 40% of chronic back pain patients — Really? (Thanks to David Goldman.)

On the Rise — BLDG BLOG on the elevation of Galveston, TX after the devastating hurricane of 1900.

"While some are seeking to withhold Communion from pro-choice and pro-marriage-equality Catholics, I have heard no call to withhold Communion from priests and bishops who have engaged in horrific sexual abuse against vulnerable children, nor their enablers." — Yes. This. Religious activism in pursuit of anti-gay bigotry is all about politics and power. Not about morality or what is right and good. (Via Slacktivist Fred Clark.)

QotD?: Do you face Stark choices? 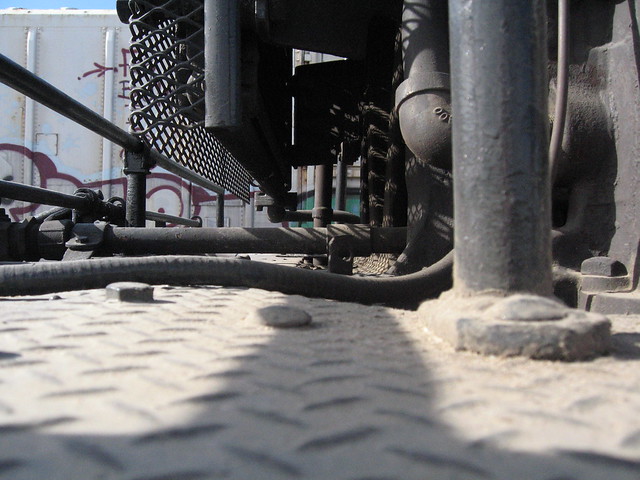 Yesterday was a tough day for Being Productive, what with the cancer stress and all, so Lisa Costello and I bailed out for the movies. First we saw Oblivion [ imdb ], then we went and picked up , to hit Iron Man 3 [ imdb ].

I actually kind of liked Oblivion, but it definitely felt very derivative. (Lisa actively disliked it.) And though the worldbuilding eye candy was beyond gorgeous, much of it was also sufficiently illogical to distract me from the movie. In the end, I suppose this movie is rather like The Fifth Element [ imdb ]: best enjoyed with the sound turned off.

Iron Man 3 was precisely what it said on the tin: the third Iron Man movie. Robert Downey, Jr. played his part, things went boom and ka-blam, and so forth. There were some reasonably interesting plot twists, and a fair nod to continuity within the Marvel Avengers film cycle. Certainly a lot of fun.

So, yeah, good summer movies. Of course, it's not quite summer yet…

Off to the oncologist later.

I will report when I can.

Who wants to live forever? Not me, apparently.

I'll make a more detailed post tomorrow, but the short form version is that I have a large mass in my peritoneum, two inches or more in size, along with another somewhat smaller mass. These are more omental tumors. Multiple masses of various sizes spread throughout my liver, some of them confirmed tumors, some of them suspected. Also two spots in my right lung which are suspected tumors. Tumors this widespread are not subject to surgical treatment. Not to mention which my liver is too fragile for further surgery in any case.

We are starting me on Regorafenib later this month. The hoped for outcome of this treatment is six to twelve months of life extension through arresting tumor growth and further development. If the Regorafenib is ineffective, or when its efficacy drops off, I can expect about three months of decent quality of life, followed by six to nine months of decline, ending in death. In the mean time, of course, I will have to tolerate the rather substantial side effects of the drug.

In other words, I will most likely die within nine to twenty-four months from now, depending on Regorafenib's effectiveness. I will never again be out of treatment or free of cancer.

This is my terminal diagnosis. We will continue to push as much as possible for further treatment and life extension, but I'm on the last plane out. Just remains to be seen how long the flight is.