The fate of today’s book bloggers — Toby Buckell is interesting.

Pear-shaped nuclei may be a key to why our universe survived the big bang — Being rather pear shaped myself, I consider this good news.

Moon and Earth Have Common Water Source — Researchers used a multicollector ion microprobe to study hydrogen-deuterium ratios in lunar rock and on Earth. Their conclusion: The Moon's water did not come from comets but was already present on Earth 4.5 billion years ago, when a giant collision sent material from Earth to form the Moon. (Snurched from here.)

Sim City: An Interview with Stone Librande — This is interesting. Also, a long time ago, I was addicted to Sim City, and still remember it fondly. Ta-Nehisi Coates on how EA screwed up the new launch, big.

How to Make an Implant that Improves the Brain

That old-time religion — Yep, the intellectual consistency of the religious mind on display once more. (Via Slacktivist Fred Clark.)

After passage, same-sex supporters express bliss — Go, Minnesota. Another domino falls. There simply is no principled opposition to gay marriage, only bigotry disguised as piety and principle. (Hint: nearly identical arguments were used to oppose interracial marriage by people who thought of themselves as high-minded and moral. Does their opposition to interracial marriage seemed anything but bigoted now?)

Boy, 2, dies after shooting self at Corsicana home — Because guns make us all safer, right?

Arizona AG Pleads No Contest To Leaving The Scene Of An Accident — He was in the car with the woman with whom he was having an affair. Ah, those family values, law and order Republicans — so much better than dirty liberals who just want to make sure people have food and clothes and jobs and educations and clean air and clean water. 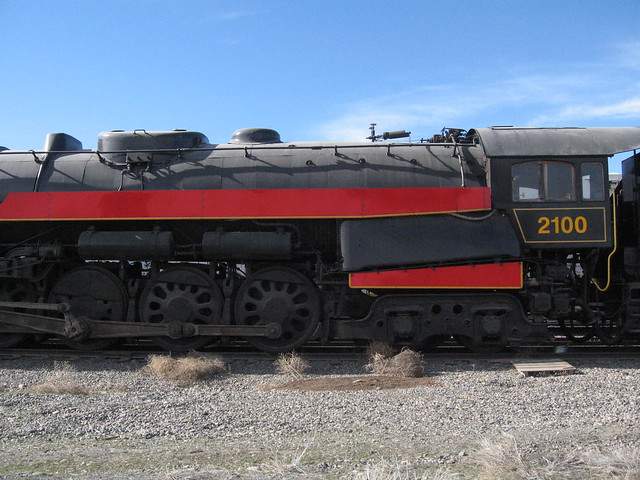 I have been going 'splat' emotionally and mentally since receiving the CT report on Tuesday. Sometime yesterday afternoon, I started my bounce back upward. That's just what I do. I'm not irrepressibly optimistic — in fact, I am so pessimistic about all this that it worries some of the people close to me. I'm not immune to depression — I spent years coping with serious clinical depression, including a suicide attempt and hospitalization in my teens. I'm just so aware that every day is a gift, and my ration of days is growing quite, quite short. To waste them being bleak and withdrawn is a betrayal of myself and everyone who loves me. So I find a way forward, because that's what I do.

There have been several extremely significant acts of generosity directed toward me in the past few days. I'm not discussing details yet both because there is some confidentiality involved on the part of others, and because nothing has firmed up so quickly in any case. But I was literally brought to tears at one point yesterday. As I said yesterday on Twitter and Facebook, "Unexpected generosity can break my heart so much faster than any amount of grief. Cancer makes me brittle."

I received my terminal diagnosis on Wednesday. On Thursday, the mail brought me a fundraising letter from my hospital asking me if I had included them in my estate planning. I know how data mining works, but I also know how print-and-mail operations work. This is purely a coincidence, but it's a mighty bizarre one. Frankly, it made me laugh.

This morning, Lisa Costello, Dad and I are going to see my primary care physician to review the progression of liver failure and identify end of life issues we might want to anticipate and plan for. Also another discussion of palliative care and hospice care. After that, we are meeting with the oncological nutritionist to talk about dietary considerations with a failing liver.

Tomorrow morning I am getting together with some of my crew to go over the numbers and details on disability planning and end of life planning. This basically means reviewing some of the key items I posted recently [ jlake.com | LiveJournal ]. There is an enormous amount of work to do in fairly short amount of time. Thankfully I have some very loving, dedicated and competent people around me. I will report on this in a lot more detail once some business issues have been ironed out in confidence.

Another generous and capable crew is taking on the task of planning my wake. Because we have no way of knowing in advance if the Regorafenib will be effective in delaying the explosive growth of my numerous tumors, we don't know if I'm dealing with a 3-month horizon of relative good health, or a 6-12 month horizon. So we're going ahead with my living wake. Watch this space soon for more details.

Getting Back to What We Laughingly Call Normal

Per my above comments about going "splat", today I hope to get back to my writing/editing/WRPA schedule. Likewise, I have an ongoing commitment to house paperwork and general simplification which I hope to take up again today. The exception would be if this morning's medical consultations give me some more heavy duty coping challenges.

Not unexpectedly, my terminal diagnosis has brought out the religion in some of my friends and acquaintances. I know this is sincere, and very well meant, but it's also annoying as hell. People who hold faith sincerely take it very seriously. This I respect. Some people who take their faith very seriously desperate want to share it with me as a way to help me. This I respect.

But I really don't need to hear it.

First of all, I've heard the Good News. As an atheist, I take a great interest in religion. Whatever variety of it you happen to subscribe to, there's a good chance I know something about it. I'm aware of the truth of the word of God. I'm also aware that there are about 30,000 versions of it (the rough count of Christian denominations in the world), which right there tells any thoughtful person everything they need to know about the obviousness and inviolability of God's word. Come on, you can't grow up in American culture without being saturated with the Christian message.

More to the point, I have been thoroughly churched. My grandfather was a pastor in the Disciples of Christ, with a divinity degree from Texas Christian University. I won all kinds of awards in Sunday school as a child. I was baptized at thirteen. I have a whole shelf of Bibles and concordances here at Nuevo Rancho Lake. I've read the King James Bible from cover to cover. I know the word of God from the inside.

My atheism is a conscious, confident choice. Not an error, not simple ignorance of some better way. A considered position based on a lifetime spent grappling with both faith and reason. While I am pathologically cynical about religion in the public square and in politics, I am absolutely respectful of religion as a private choice and a personal behavior.

My private choice and personal behavior is to be an atheist.

I wouldn't dream of approaching a religious friend who is mortally ill and attempting to convince them how much better their life, and death, would be if they rejected God and turned to the comfort of rational, empirical humanism. Yet I have religious friends who feel compelled to do this very same thing to me. I've been told in so many desperate words that a friend cannot understand how I can face such trials without Jesus in my life.

I know this is motivated out of love and concern. I know that for many Christians (and a number of other religious) proselytization is both a duty and an act of faith. But I'm extremely comfortable with my spiritual stance. What kind of hypocrite would I be to turn away from my intellectual bedrock now, in the face of troubled times?

Besides which, cancer is the Problem of Evil on the hoof. If I came to once again accept belief in God, the first thing I'd do is get into a knock-down, drag-out argument with Him over why He is treating me this way.

So I recognize that you love me when you reach out to me about faith. But really, truly, I've heard it before, and I know what's important to me. Your spiritual truths are not mine. And with a life full of cancer and all its discontents, I don't need that distraction now.