Save Trent's Teeth, Save His Life — Trent Zelazny needs help with a medical fundraiser of his own.

The Algorithm That Automatically Detects Polyps in Images from Camera Pills — Analysing the footage from camera pills is a time-consuming task for medical professionals. Now computer scientists are attempting to automate the process.

'Junk' DNA Mystery Solved: It's Not Needed — I am dubious of this story. National Geographic with more.

Happy whatever — Blogess Jenny Lawson says some very important things about women in general and mothers in specific.

Transgender woman wins right to marry in Hong Kong — Not exactly a noted hotbed of progressivism, that.

Dalai Lama Calls For Care For Our 'Only Home' Earth

'Dramatic decline' warning for plants and animals — More of that liberal conspiracy to keep the climate change hoax going.

Researchers Create “Hate Map” of the U.S. With Twitter Data — The same researchers previously mapped racist Tweets about President Obama. In both cases there’s reason to be a little skeptical.

Pediatricians take on gun lobby – carefully — Well, the NRA is better armed, and unlike doctors, some NRA members have a habit of publicly threatening people. 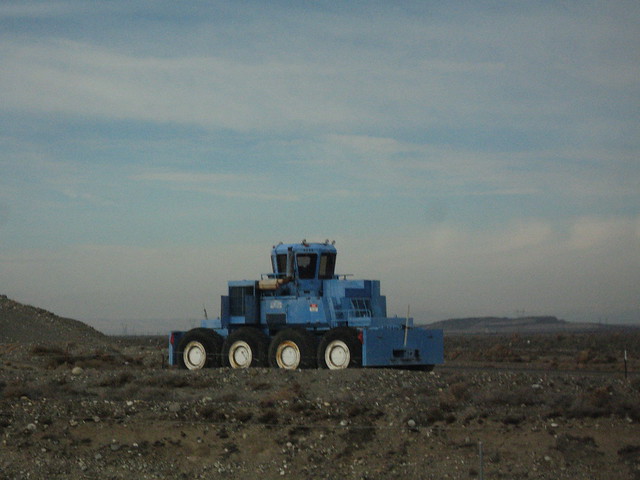 Most of this post will be familiar to long-time readers, but every now and then I am moved to address the topic again. I occasionally see references to myself through the various blog alert services that say things like, "I stopped by Jay Lake's blog, where I learned that as a conservative I am immoral and evil. I'm not going to read him anymore."

Sorry to hear that, but I call them like I see them.

I lived in Texas from age 18 to age 36. The first four years of that (1982-1986) I attended the University of Texas at Austin. The Young Republicans were a huge presence on campus, happy, youthful Reaganauts everywhere. And that weird fusion between conservative politics and Evangelical Christianity was already well along in Texas in those days. So over the years I heard over and over again how liberals were immoral, Democrats couldn't be trusted, that anybody who supported progressive policy [x] was in league with the devil. It was a comforting, self-valorizing stream of rhetoric for Texas conservatives that didn't have much grounding in fact, and for the most part brimmed with hypocrisy. And it made me very allergic to conservatism, even when my own political opinions were still pretty fluid. Such posturing and ad hominem attacks aren't the kind of posture someone arguing from a position of strength needs to rely on.

It's also the case that over the years, I've developed a strong sense of intellectual honesty and self-reflection. This is part of my atheism, part of my empirical outlook on life. I am certain that I fail at least as often as I succeed in upholding those values, but I return to them over and over again, as my personal touchstone.

In the years of and since the Reagan ascendancy, the Republican party, and many American conservatives, have lost their capacity for either intellectual honesty or self-reflection. At this point, in the 2010s, the GOP has transcended even the parody that people like me could see of what was happening in the 1980s. The stance against teaching critical thinking, for example, because it might undermine traditional values. That literally sounds like a joke, until you realize it's the real thing, from the Texas Republican Party platform. Or the fact that no major Republican politician will admit to knowing the true age of the Earth, or speak up for the extremely solid science behind evolution. This is basic reality. Not debatable policy points like tax structure or immigration form. Not legitimate ideological or philosophical differences. This is the world as it is. Which the GOP will not admit to, for fear of losing voters from its cherished base.

But once you allow doublethink and deliberate intellectual dishonesty into your worldview, there are no more brakes. Climate change denial is built on the same pattern as evolution denial, but driven largely by funding from major Republican donors. Like evolution denial, these are knowing, self-conscious lies, deceits and rejections of reality being pursued for short-term political gain.

Almost without exception, the conservatives and Republicans I know personally are decent, humane people who honestly believe that they're doing the right thing with their votes and their campaign donation dollars. But when you support a party whose political fortunes are based almost entirely on counterfactuals, from evolution denial to the idea that guns make society safer to abstinence-based sex education to supply side economics — all those and many more are cherished Republican stances that don't meet even minimal tests of provability in the real world data — you support a party that is contributing aggressively to the decline of American competence, as well as the decline of our technological and political leadership worldwide. Republicans are actively working to make our children stupider, cripple our science and destroy our economy. Anyone not committed to the ideology can easily see that. And the self-same lack of intellectual honesty and self-awareness required to be a Republican in the first place makes it overwhelmingly difficult for those decent, humane people I call friends to see what their votes and dollars are actually doing to America and the world.

Do liberal-progressives get it right all the time? Hell no. And the Democratic Party is frankly full of shit on a lot of issues. The 'Third Way' Democrats have been Republicans in moderate suits for years. But at least liberal-progressives have some sense of intellectual honesty and a grasp of the real workings of the world. And we're not working to undermine science, technology, education and culture in the name of continuing to generate enough angry white guys to keep our voter base motivated.

In the end, I'm not a Republican because I have self-respect. I can't vote for a party whose very basis is such continuous, profound and reflexive intellectual dishonesty. In a different political world, I might well be a conservative, but I can never be a Republican.

Sometimes being a clean-and-sober atheist kind of sucks. Take this little cancer hobby of mine, for instance.

People of faith have a higher power to turn to, both for aid and comfort in their times of trouble, and as a causative agent to help explain and justify their experiences. People who drink find another approach to escaping the troubles of their lives. Likewise my stoner friends. All of those behaviors are for some people paths that for a while help abstract them from the trials and tribulations of their everyday life. They can go some place where the pain either has less meaning, or is completely transformed.

I'm not a faith holder. I'm not wired for it. I'm too literally minded, too invested in the empirical universe, to hold a mythic truth without experiencing serious cognitive dissonance. There are times when I recognize this as a loss on my part. Comfort denied is comfort delayed, after all. But faith comes at too high a price for me to willing to pay. I won't betray my reason, not even for the example of the best of faith holders. And frankly, the fact that most faith holders visible in American culture are far, far from the best of faith holders does nothing to set an example for my reconsideration. In other words, religion is not my opiate. (As for real opiates, the less said the better. I am boggled as to how anyone can do that vile shit recreationally.)

Likewise drinking. Alcohol just makes me stupid and loud. I don't like being stupid, not one tiny bit. And I certainly don't need to be any louder. Furthermore, the temptations to even minor misbehavior while drinking are strong for me. I can be mean or petty without even realizing it. Kindness is a social virtue I value far too highly to trade it away for a buzz.

Pot, too. Marijuana just makes me stupid and slow. That's a slight improvement over booze, in that I'm less likely to say or do something regrettable, but I still don't like being stupid at all. And slow isn't really in it for me, either. I live in my head way too much to tolerate that.

The only other class of drugs I ever tried was hallucinogens. I dropped acid once, and ate mushrooms once. I liked each of them so much that I realized instantly I would never be able to indulge again. I wouldn't have the willpower to stay off them, and I didn't want to spend the rest of my life tripping balls in a refrigerator box under a bridge somewhere.

Never coked up, never smoked crack, never shot heroin, et cetera. I think I did ecstasy once, but mostly that gave me an erection the size and density of a two-by-four which would not conclude in any satisfactory method whatsoever, despite enthusiastic assistance.

As a result of all this, for many years, reality has been my drug of choice, with an assist from fiction. The trials and tribulations of my life have been faced with a clear head and open eyes, and no higher power than myself to turn to for either comfort or to assign responsibility to. I have always faced the world on its own terms and mine, owned my responsibility as best I could, and taken the steps to move on when required.

Cancer, especially now at the beginning of my end game, has been one of the greatest trials of my life. Believe me, I really do understand why people self-medicate or turn to God or half a hundred other solutions. I can't. So I don't get see all my trials and tribulations sinking in a gentle pool of wine. They ride me now, they will ride me into the grave.

I see cancer. Cancer sees me. No one and nothing stands between us.