Why John O'Halloran shaved his head mustache and beard — For Christine, and for me. Go read this.

Jay Lake’s Tub (and on being a newer writer) — Writing advice, which I originally got from Dean Wesley Smith and Kris Rusch. The tub is not original to me.

The System: C’est La Wifi — Haha. We had exactly this discussion in my house earlier this week.

Parents have gastric bypass; children’s DNA may receive the benefits — It's epigenetics: Kids' gene expression may occur a generation after surgery.

Neuron growth in children 'leaves no room for memories' — The reason we struggle to recall memories from our early childhood is down to high levels of neuron production during the first years of life, say Canadian researchers. I have very few memories prior to age seven. (Via Daily Idioms, Annotated.)

Oceans Under the Ice Worlds? — This is intensely cool.

How the turtle got its unique hard shell — How the turtle shell evolved has puzzled scientists for years, but new research sheds light on how their hard shells were formed. The really great thing about science is how it institutionalizes uncertainty. No easy answers, no hard truths, just a continual process of observation and evidence gathering and refinement of theory.

Slow-motion 7.0 earthquake drags on for 5 months under New Zealand

The Questions People Get Asked About Their Race — Wow...

Pundits get more followers for being confident than correct — Dunning-Kruger FTW!

As Glaciers Melt, Alpine Mountains Lose Their Glue, Threatening Swiss Village — It's amazing, the lengths liberals will go to for their global warming hoax. Thank God for Rush Limbaugh and the Republican Party, otherwise we might have to do something about this before it's too late.

What good is it to save the planet if humanity suffers? — Wow. Exxon CEO Rex Tillerson actually said this. Replace "humanity" with "my bank account" and that's conservatism in a nutshell. They're not even pretending any more.

Big Utah Gun Rights Advocate Arrested, Accused Of Domestic Violence — Yep. We are definitely all so much safer, especially with guns in the hands of people like this gentleman and all he represents.

Michele Bachmann is gone, but her paranoid politics has become the norm for GOP

Lincoln Chafee’s long journey from Republican to Democrat — But what’s remarkable is that someone with Chafee’s priorities was once a Republican. Chafee left the GOP six years ago, largely because he had decided it had squandered its mantle as a party of fiscal responsibility. Yep. Reality will do that to you. If you're in favor of fiscal responsibility, strong on defense, and interested in pro-business economic growth, the GOP is not the party for you based on the historical record of both major parties in the past thirty years. If you're in favor of social justice, income equality, consumer protection, jobs or the environment, the GOP has never been the party for you. What's left? Proudly fact-free rhetoric bent on generating angry white men is all I can see.

QotD?: What week is this? 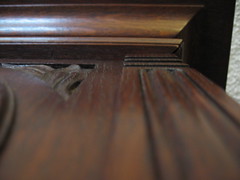 After consulting with my primary care physician, we have discontinued both Lovastatin and low-dose aspiring aspirin. His comment was that given the brevity of my remaining lifespan, the odds of me having a heart attack in that timeframe are quite low, and I didn't need to cope with the side effects of the medication. The aspirin conflicts with some of my other medications, and it's just two less pills for me to take. And so it goes, as we continue to slowly shut things down.

Remember my smashed toe? It still hurts. Yesterday I also managed to give myself a fairly significant paper cut under the nail of my right index finger. This after giving myself a minor paper cut on the tip of that same finger last week. And yes, I am right-handed. Also, cooking dinner I spattered hot olive oil from the pan across my right forearm. Which hurt like crazy. None of this is really cancer related, but all of it is proof that the small pains of life don't grant forbearance in the face of medical disaster.

We were supposed to meet with a financial planner yesterday to discuss end-of-life and estate planning issues, but they injured themselves the night before and had to reschedule. (They are fine now.) Everything I've tried to do lately at the business end of death-and-dying has been like this. For example, a certain financial services department I needed a quick response from was on delayed schedule due to undergoing internal audit the week I needed them. Taking care of my to-do list has been like swimming in mud. I suppose this stuff goes on all the time, but I am acutely aware of it right now due to my own deteriorating situation and need to reach closure on an enormous number of issues.

I was working on my METAtropolis: Green Space novella yesterday, parsing the Rio Hondo critique. Good stuff. While I was doing so, however, I was struck once more with the inescapable reality that my voice is being stilled. My name may live on for a long time, if I am lucky, but it will be a ghostly luck. As an atheist and an empiricist, I can only see death as personal extinction. The spirit or consciousness are inextricable emergent properties of the brain's structure and functionality. There is absolutely no objective evidence for their survival beyond the death of the brain. When the grave calls, I shall travel into that darkness from which there is no return. Sobeit. But sometimes the prospect catches at my breath and gives my heart pause. I will miss life, mightily.

For those playing along with the home game edition of "Where's Jay", I am off to Omaha tomorrow. Lisa Costello comes with me. She is interested in seeing my workplace and meeting my social and professional friends there.

The Omaha Beach Party meets next Tuesday, 6/4. (If you're in the area and want to see me, this is functionally an Open Dinner. Contact me for details.) Thursday, 6/6, is my actual 49th birthday, so we'll be having a big dinner for me there mixing both groups of my friends. Home 6/7 for, among other things, my family birthday dinner.