2013 Hugo picks: novellas — Interesting and highly negative review of my novella "The Stars Do Not Lie." Among other things, the reader's interpretation of the racial angle in the story is almost diametrically opposed to my intention. (To me, that's the interesting bit: analysis of that sort of failure on my part to effectively communicate can be highly instructive.) Which is fine, because as I always says, the story belongs to the reader.

Oregonian To Drop Daily Newspaper Delivery — A sign of the times.

Do You Really Want to Know Your Future? A New Freakonomics Radio Podcast — About genetic testing for health risks.

Summer solstice 2013: Google celebrates the longest day of the year

Found at Auction: The Unseen Photographs of a Legend that Never Was — I've posted links to this story before, but the narrative has progressed. This is so cool. (Via Lisa Costello.)

3-D Map of Human Brain Gives Unprecedented Detail — The photo with this article is more than a little strange.

The Science of Why We Don’t Believe Science — How our brains fool us on climate, creationism, and the vaccine-autism link. Willful ignorance is a pretty simple explanation, too.

Undoing Shoulder and Knee Obsession in Mormon Kids — This post is another example of why I am fascinated by the blog Feminist Mormon Housewives. What it documents is the intellectual train wreck of an otherwise sensible, intelligent person trying to reconcile their firm grasp of objective reality with some of the bizarre and pointless strictures of faith. One of the biggest reasons I'm an atheist is I'm not willing to compromise my intellectual honesty like this.

The lies of Exodus were a bearing wall for evangelicalism — Evangelicals’ treatment of LGBT people could only be defended by the false claim that such people were making a “lifestyle choice” — that they were willful sinners choosing sin who therefore deserved to be shunned, deserved to be denied full participation in the church, deserved to be denied full legal equality and civil rights. Without that lie, all that remains is transparent malice, a naked refusal to love our neighbors, and an unseemly eagerness to puff ourselves up by stomping down on those we can outnumber and overpower.

Are Socially Responsible Businesses Bad for Society? — I am not buying this. Sounds like conservative apologia wrapped in a college degree. I mean, look how well "industry self-regulation" has ever worked out. And for-profit companies don't take a view any longer than the current quarterly results, not if they're publicly traded. If nothing else, the history of climate change denialism, which is essentially the result of a phenomenally effective corporate lobbying campaign, gives the big lie to this thesis.

Rep. Diaz-Balart (R-FL) speaks Spanish at Tea Party rally and is heckled “learn English!” — What else do you expect from a party whose entire political philosophy is based on generating more angry white men?

Bush-Era NSA Whistleblower Makes Most Explosive Allegations Yet About True Extent of Gov’t Surveillance — (Thanks to David Goldman.)

QotD?: Did you shoot? Did you score? 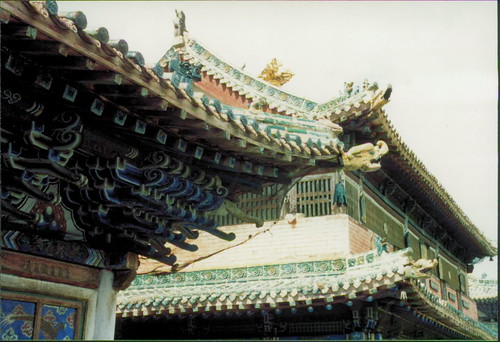 Yesterday, I made it over to a doubleheader basketball game to sit with Mother of the Child and watch our daughter play in a summer league game. She didn't play this past fall in regular season for various reasons — a choice on her part which I understood even while not entirely agreeing with — so this was her first game in over a year. They did wonderfully, winning both games by a substantial margin.

This is league is quite short, so those are probably the only games I will make it to. I missed her lacrosse season this year entirely due to chemo side effects. I'm glad I got a chance to see her play. She is a joyous athlete whose inner life is much improved by powerful physical exertion.

Yesterday I again lost my writing window. The morning was pretty good, including a media interview, but then I lost control of the day. I had meals with friends scheduled, which happened just fine. But some unexpected Day Jobbe responsibilities popped up. One of the disability applications I have outstanding generated an urgent (and unscheduled) return phone call which required response, which in turn soaked up more than an hour. Some of the workplace transition issues which I had asked to deal with next week emerged urgently and unexpectedly yesterday afternoon, consuming quite a bit more of my time. And of course, I had 's basketball games last night. None of that stuff could wait for another day, none of it could be done by someone else.

So, no writing, but tons of busy-ness culminating in fatigue. And more trazodol last night, which I took too late in the evening on account of being out at the games. So again this morning I woke up groggy and disoriented.

I swear to God, I want to write some more. It's just been impossible to manage lately. And even if I recover some of my time today (which seems doubtful given the schedule in the offing), I am a week+ behind on responding to email, for the same reason I'm so far behind on writing.