The Quirk Books Literary Baseball All-Star Team—Collect Them All! — Hah! (Via Lisa Costello.)

The Decline and Fall of the English Major — Oh, the humanities.

Belgian Diamond Theft, Filled With Cinematic Thrills, Also Has a Blooper Reel — (Thanks to Dad.)

Mars Attacks Young-Earth Creationism — If young-earth creationism is correct, and geological strata we see on Earth result from a global flood, then why do we find such strata in rocks on Mars? Frankly, I think engaging with Creationists at all is a lost cause, because the very fact of engagement grants their position implied credibility. It's precisely as intellectually vacuous and philosophically pointless as engaging with Flat Earthers. Still, this is funny. (Via Slacktivist Fred Clark.)

Is Gun Control a City vs. Country Debate? — Huh. This is less clear cut than I would have expected. My bias is showing again.

Republicans Face a Choice: Expand or Expire — As the immigration issue moves front and center in Congress, a chorus of GOP voices is warning that if immigrants—and, let’s face it, the debate is focused mostly on those from Mexico, Central America, and South America—are provided a path to citizenship, Republicans will never again win a national election. In other words, the GOP can only win by denying votes. Which has been both obvious and true for years, and should be an enduring shame to any political party that pretends to be part of a democracy.

Mitch McConnell Realizes IRS Scandal Is Over — Mitch McConnell delivered a speech today at the American Enterprise Institute to officially signal that the IRS scandal has entered its post-fact phase. When the IRS first revealed that its Cincinnati office had attempted to enforce its nonprofit laws using a search function that disproportionately impacted conservatives, Republicans were certain it must have come from the White House. They were going to follow the facts. But all of the facts point in the same direction, which is that the Obama administration had nothing to do with it at all. All this will prove to conservatives is that the coverup was successful. Paranoia has its political rewards. I would have liked the article better, though, if the author had omitted the mandatory dig at liberals in the concluding paragraph, presumably to prove they are politically balanced.

Jim Allen, Illinois GOP Official, Resigns After Racially Charged Attack On Erika Harold — Huh. The GOP does the right thing twice in one week. (Via .)

Top Ten American Steps toward a Police State — This is what all those faux-Constitutionalist clowns in the tricorn hats should be fighting against, not Obamacare or the president's race.

QotD?: Did you ever have that day-of-the-week underwear? 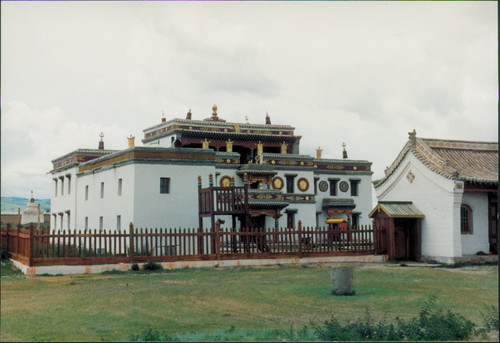 As part of the disability filing process, I needed a formal statement of my current diagnosis. Here is what my oncologist provided me with this past Friday:

Pretty much says it all.

and I have been the subjects of immense generosity lately. Thanks to the help of a friend (whom I need to check if I can thank publicly), we will be attending San Diego Comic Con next month. This generous help allowed us to secure badges and lodging arrangements suitable to my restricted mobility.

My original plan had been to road trip down the Pacific Coast Highway from Portland to San Diego in mid-July. However, the hand-foot syndrome gifted unto me by Regorafenib has rendered that impossible. I simply can't sit in the car, gripping the wheel all day long, for four or five days each way. So Laura Burns (@scifilaura) has stepped forward out of her own sheer generosity and secured airline tickets for me and .

I'm going to be very cash-constrained through this summer and fall due to the vagaries of Short Term Disability and COBRA coverage for my health insurance. It's this kind of generosity that enables me to spend a little more time with my daughter as well as my friends and fans, doing the things I love before the cancer pulls me in too far to leave my house anymore.

Thank you everyone, and most especially Laura and my other benefactor.