A medieval book mended with silk thread — This is so cool.

Spotting individual molecules with quantum optics — One is boggled.

700,000-Year-Old Horse Genome Shatters Record for Sequencing of Ancient DNA — Can Mr. Ed be far behind?

Fairy Circle Mystery Solved By Computational Modelling — The explanation of the mysterious barren circles that form in the middle of fertile grasslands hints that similar circles may show up in other systems, say complexity scientists.

Mormons and Gay Marriage — Feminist Mormon Housewives struggles to find some good in the Mormon church's morally vile stance on gay marriage. Nobody's going to forget LDS support for Proposition 8 for quite a while.

Two Major Rulings Back Gay Marriage — SCOTUS got something right, though Roberts was on the wrong end of this one. His tenure is still marred by radical partisanship and what conservatives would call an activist bench, except the activism is on their side, so it doesn't count as bad.

Did the Supreme Court strike down DOMA because it was Theocratic? — Hmm.

Antonin Scalia develops split personality disorder — With the usual Republican intellectual dishonesty, he offers precisely opposite reasoning on his votes against the VRA and for DOMA. Basically, whichever ruling benefits angry white men is Constitutional for this marvel of conservative legal probity.

Texas Near-Ban on Abortion foiled by People’s ‘Gallery Filibuster’ — I find this story amazing. For many reasons.

Who will stop Google? — Snowden revealed what many of us already suspected: Google completely controls the web. (Via .) 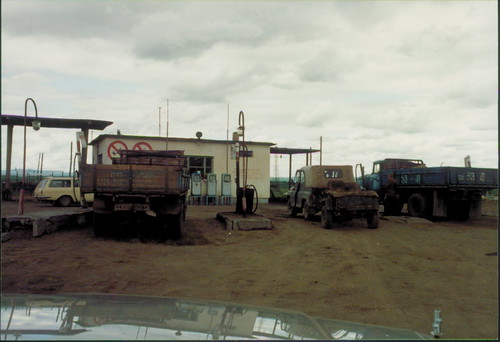 Janet's basic point is she's been denied important further treatment because she's already terminal. She spells out quite clearly the value of that treatment with respect to improved life extension while living with her Stage IV lung cancer. This is one of Sarah Palin's "death panels" in action.

Except this death panel isn't an Obamacare problem from the paranoid fantasies of conservatives, it's a private insurance problem from everyday reality. It's a doctor disconnected from their patient, and unfamiliar with cutting edge cancer treatments, making a decision that directly affects Janet's treatments, quality life and potential longevity. Precisely the kind of issue that for-profit insurance encounters every day. This sort of thing is one of the key reasons that most liberal-progressives favor a public option for single payer coverage.

Stage IV cancer patients do have options that can give them months or years of quality time: maintenance chemo, targeted therapy and clinical trials, for example. Stage IV is not an automatic death sentence. I've been living with it for over four years myself. Janet shouldn't have to die any faster because some insurance company doctor who will never see her as a person makes a case management decision based on their own outdated data and lagging continuing medical education.

This end of life is hard enough. It shouldn't be made harder by the administrative processes required to protect private sector profits.

Actually, I went down to the library and sat in a big comfy chair. But all writers feel a bit like Robert Johnson, somewhere in our stained and tattered little souls.

Yesterday evening was the monthly book group at Milwaukie Ledding Library. We discussed my multiple award nominated novella, "The Stars Do Not Lie", as well as my novel Green and some of my other work. It wasn't a group of SF/F fans (with one or two exceptions), but it was absolutely a group of literature fans. Also, some of my family came: Lisa Costello, (step)Mom, Dad, (a/k/a my sister), and her own self.

It was a lot of fun. I'm normally talking either to writers, fans or educational audiences. General readers have a different take than those demographics. This was very q/a driven — I wasn't lecturing or instructing — and reflected the opinions and experience of this long-established book club. I fielded questions about the creative process, publishing, and steampunk, as well as getting into specifics about "The Stars Do Not Lie", Green and Mainspring. Not to mention a bit of autobiographical discussion. offered some commentary, and at one point Dad got drawn into the discussion as well.

We ran about 30 minutes overtime, which seemed just fine with everybody there. It was fun for me, a very on-the-ground form of immediacy in interacting with my ultimate audience: the reader.