The Fat Joke: Power and the Meaning of Words

The 'Time Capsule' Of Mob Lingo At The Whitey Bulger Trial — (Via Daily Idioms, Annotated.)

Stars and Lightning Over Greece — An awesome APOD photo.

The Incredible Dark Matter Mystery: Why Astronomers Say it is Missing in Action

Into the heart of CERN: an underground tour of the Large Hadron Collider

Wis. court upholds convictions of parents who prayed for dying girl instead of going to doctor — That is religion as child abuse, and religion as murder. Still, I'm amazed in this culture over overwhelmingly dominant Christian privilege that it's even possible to get such a conviction.

Bert and Ernie — Hal Duncan on the joys of homosexuality and American culture.

Scalia’s son says homosexuality doesn’t exist — Young Paul Scalia is suffering from the same malady that afflicts many a conservative. They suffer from the delusion that the First Amendment gives them the right to not only speak, but to speak with impunity. In their warped world view, the only way that they can have free speech is for you to have no speech. Ah, the glory of the conservative mind.

Republicans Sack the Uninsured — And that, in fact, seems to be the point of what the GOP is doing. The more dysfunctional the health care law is, the more Republicans can claim to have been right about it all along. It's the same strategy that is at work in GOP efforts to underfund the financial reform law or a host of federal agencies: render government ineffective by not giving it adequate resources to do its job, then argue for more cuts on the grounds that government is ineffective. This.

Bush and the “Objective Historians” — Conservative commentator Daniel Larison on a rather strangely self-serving and pathetic comment made by George W. Bush concerning the judgment of history. He follows up here.

What explains the Republican Party’s intransigence? — What’s missing in the Republican Party is that willingness to compromise for anything, even if it benefits the particular interests of individual lawmakers or the interests of the party writ large. And this seems to stem from an attitude that emerged during the 1994 elections and has only grown since—the idea that conservatives aren’t just opposed to liberals but that they’re at war with liberalism. Thank you, Newt Gingrich. You won your election but poisoned the political well for decades. Of course, that's also true of Richard Nixon's Southern strategy and Ronald Reagan's appeal to the evangelical community over abortion. Republicans just can't help themselves.

QotD?: Is it time to change the batter? 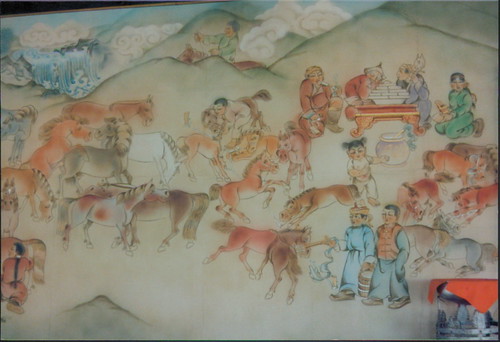 Lisa Costello and I are at my parents' beach house for a week. The air is cool, the surf is rolling just past the dunes west of the house, and I am relaxed. Blogging may be slow, but I'll be here.