11 Harsh Realities About The World Of Harry Potter — We’re blowing the lid off this totalitarian regime! Once you peel back the layers of child-like wonder, it kind of sucks to be a wizard. (Snurched from Steve Buchheit.)

GALEX decommissioned: What happens to abandoned space probes? — NASA's earth-orbiting GALEX was shut down Friday, meaning that the spacecraft will join a long line of space probes sacrificed to the universe. This is a surprisingly poignant piece. (Via David Goldman.)

Optical transistor switches states by trapping a single photon — When switched off, the gate photon can be retrieved, too.

Leaving Las Vegas: How a tiny Chinese enclave is remaking the gambling world and Sin City

Cyanide and Happiness recaps the arguments against gay marriage — They make more sense that what I read and hear in the media. Which is to say, not much at all.

How Do You Tell When a Politician is Lying? — I do not find this terribly surprising.

In Oregon, a Demand for Safety, but Not on Their Dime — This is what happens in low-revenue, low-tax jurisdictions. (Via Dad.)

NYT: IRS Scrutiny More Complicated Than Previously Thought — What do you know? Like almost every other conservative outrage, the great Obama IRS scandal turns out to be a nothingburger once the details are scrutinized objectively.

QotD?: Did you brush your teeth this morning? 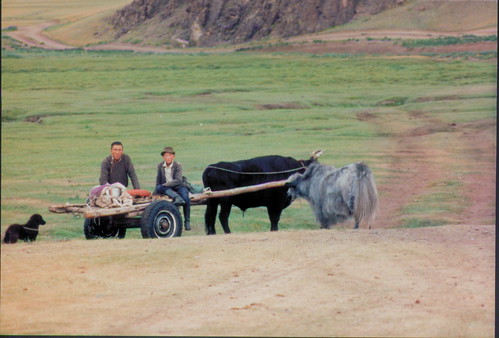 Astrid Bear has delivered the first of the genome scarves!. She took part of the base pair sequence of my Chromosome 18, the one most likely implicated in my colon cancer, and translated it into a weaving pattern. 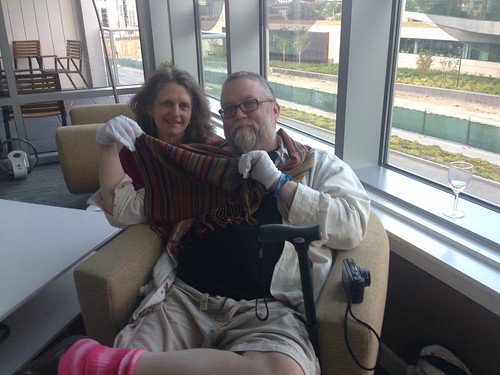 Astrid, me and the scarf 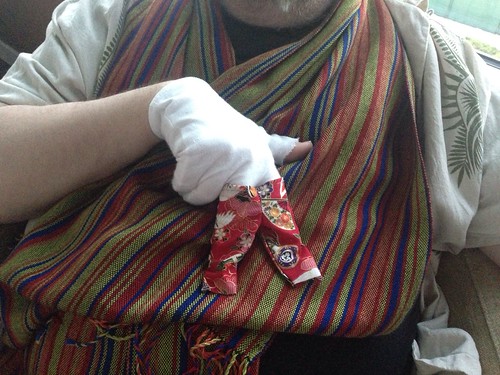 As I said last week, that's me there, encoded in the yarn. A tiny little fraction, about 18/6,000,000,000 of my genetic code. A celebration of my life and a poke in the eye of my cancer via the medium of fabric art.

Astrid is so amazing. I love this. I love all it represents.

Last night, Lisa Costello and I attended the Clarion West party for Neil Gaiman. We got to speak to Neil Himself briefly, and at more length to a number of other friends. A good time was had by all.

I have more detailed thoughts about how the experience went from an emotional and life perspective, but must mull them further before I am able to articulate them fully.

Meanwhile, we are off back to the Coast, after breakfast with .