Tor Books has provided some very generous support to JayWake — Thank you Tom, Beth and everyone.

Deadlines — Writers talking about their own deaths. (Thanks to AH, via , a/k/a my mom.)

The Intoxicating Fear of Language Immersion — Ta-Nehisi Coates continues to wax brilliantly on his time in Paris.

The N-word on the 4th of July — The flight home to see my family for the holiday was a tearful, shameful affair. I had to say something. But what? (Via Slacktivist Fred Clark.)

Physics and the birth of the emoticon — Carnegie Mellon University alumni trace the origin of the smiley to a group of computer scientists discussing a physics puzzle in 1982. (Via David Goldman.)

What’s Your Social Media Genotype? — Your pattern of behaviour on Twitter can be defined by a simple “genotype” and used to predict your future behaviour, say network researchers.

The Scrotum Is Nuts — Why are testicles kept in a vulnerable dangling sac? It’s not why you think.

Why the insurance industry won’t save us from climate change — As Fred Clark says, "Insurers and reinsurers have too much skin in the game to mess around with the lies and legends and delusions of climate denialists. They can’t afford to play partisan games with the data because their whole business model depends on getting the facts right." (Via Slacktivist Fred Clark.)

FBI Discriminates Against American Muslims & lets White Terrorists Off the Hook — Right-wing extremists have committed far more acts of political violence since 1990 than American Muslims. That law enforcement across the country hasn’t felt similarly compelled to infiltrate and watch over conservative Christian communities in the hopes of disrupting violent right-wing extremism confirms what American Muslims know in their bones: to be different is to be suspect. Duh. Any Republican will tell you it's not terrorism if conservative white men do it, it's patriotism. Eric Rudolph, anyone?

An Egyptian boy explains the politics of his country — This kid is awesome. (Via .)

Indiana GOP passes law making it a crime for clergy to perform gay weddings — That whole separation of church and state thing is clearly for liberal pussies. The strict Constitutionalists in the GOP have made it so. Are you proud of your Republican party?

QotD?: Will you beg for strength? For gentle power? 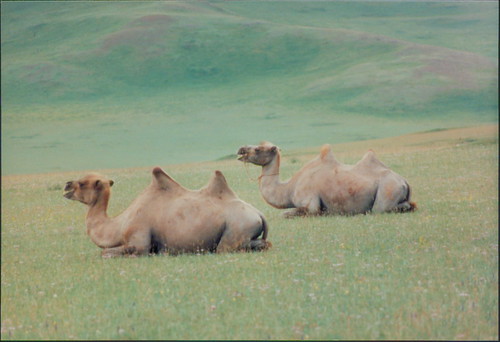 Feet and Other Side Effects

Just these past couple of days, the Regorafenib has decided to talk to me through my feet. Last night whilst trying to fall asleep, I experienced a deep, dull ache in my left foot, while my right foot itched and burned terribly. It was quite distracting. Also a bit odd in the asymmetry. Clearly I should be icing more. In other news, my GI continues wonky in fairly inconsistent ways. Which admittedly is hardly news, but it's annoying in that I keep having to adapt my behaviors and expectations. For example, the drive home from Long Beach yesterday afternoon included about 45 minutes of me in roadside restrooms. Given that it's normally a three-hour trip, this is a significant factor.

Last night, I had another weird dream, though my recollection of this one is more fragmented. This one also had a multimedia element. But instead of Dick and Jane, the vernacular was graphic novels. Specifically Batman as a seventeenth century witchfinder in Dutch Gotham. Which I was apparently scripting or possibly penciling. And another round of trying to find people, of losing track of tasks and belongings and details. Another dream about limitation, with a whiff of escape.

Part of the tribe is coming over this afternoon for what will probably be the final push through my basement. There's a significant number of books to go to Powell's, and my own backstock to be dealt with. Plus general furniture management, tool consolidation, cleaning up, and arranging. I mean, what do I do with my Dad's late 1940's American Flyer train set? He doesn't want it back, and it seems almost criminal to let go of that. And so on and so on. Packing up a life isn't easy.

My Short Term Disability claim was formally approved yesterday. Long term claims progress on various fronts, but they all have 3-5 month lead times. I am having to provide exhaustive financial documentation to the financial planners who are helping me sort out my estate planning and the transition for Mother of the Child and after I'm gone. So that stays busy, but fairly soon will be out of my hands.

Lisa Costello and I were discussing my libido and my sexuality yesterday. I won't go into details in this post, but may elaborate later under cut in a TMI post. Suffice to say that under the influence of both the illness and the treatments I've shifted in some ways which are probably permanent. It's an interesting transition, viewed intellectually, but is also another form of narrowing and focusing of my life.

I have not had a meaningful argument with my parents since I stopped being a teen-aged asshole. We get along well, and our worldviews overlap substantially enough that there aren't many points of potential critical disagreement. Plus my whole family runs on the same rubric that I do: there isn't enough kindness in the world, so you may as well be nice. However, Dad and I almost got into one this week when talking about finances. Specifically we were discussing how 's private school tuition would be paid this fall, when I will be very financially constrained, and how it will be paid in future years. I commented that the life insurance settlement would take care of the coming years. He got kind of upset with me.

Dad thinks I'm too negative. So does . But I know what I know. There's close to two dozen tumors, possibly more, growing very rapidly in my liver and lungs and abdominal cavity. If the Regorafenib works, we might buy as much as a year of extra life. When it fails, now or later, we'll actively pursue options for clinical trials. I'm not giving up. Not an inch.

But I cannot afford hope. In the course of this disease I have been confronted time and again with circumstances more dire than even my deepest fears. Hope is just a recipe for emotional brutalizing. I always expect the worst these days, and I am rarely disappointed.

This is what keeps me alive.

It's hard for Dad, or my daughter, or many of the other people in my life to understand that attitude. But it's the only way I get out of bed in the morning. Whatever the pathological opposite of denial is, that's what I practice. Here I am.

You are invited to my pre-mortem wake and roast, a somewhat morbid, deeply irreverent, but joyous celebration of me. This is a time for celebrating my life, loves, and dark, twisted sense of humor. Bring your stories (hysterical, at my expense), your tasteless jokes, and any and all expressions gleefully macabre. Come party with the man who has never passed up the chance to poke cancer in the eye and laugh about it.

We are deeply grateful to the Cascade Writers’ Conference who is gifting us with the cancellation of their Saturday evening programming so that their members can attend JayWake. In addition, they have offered the unused space for our celebration. We are humbled by their generosity.

We are also deeply grateful to Tom Doherty and Tor Books for their very generous support of JayWake.

We are arranging for a group rate for out-of-town guests at the Holiday Inn. Please email tammyjoy6@gmail.com for information on the hotel.

Food and Libations:
There will be a buffet dinner for guests who RSVP. RSVP-ing tells us how many people to prepare for. Please email jaywakereg@gmail.com or reply to the Facebook event to RSVP. Donations will be accepted (but not required) to offset the cost of the meal.

Roast:
The Roast will begin at about 7:30. Be warned: the jokes and stories contained herein will not only push the boundaries of good taste, they will leapfrog over the boundaries blowing a raspberry. This is not a time to say how I touched your life. This is a time to say how I touched you inappropriately. Please contact jaywake.questions@gmail.com for information on being a scheduled speaker.

Sandra Tayler and the JayWake Book
The mighty @sandratayler is working on the Jay Wake Book. She's looking for pictures, stories and other material about me. As Sandra says:

Our friend Jay has been diagnosed with terminal cancer and is hosting his own wake, Jay Wake, which Howard and I are attending. We know that other friends of Jay would love to be able to come, but can’t for a multitude of reasons. The Jay Wake Book is a project to let everyone participate in the celebration of Jay. I’ll be collecting stories, art, and photos of Jay to compile into the book. The first iteration of this book will be presented to Jay at Jay Wake. The second iteration will include stories and photos collected at Jay Wake. It will be made generally available either in electronic or print version.

Please contribute if you can.

Donations:
We will be accepting donations to offset the cost of the meal and event. Use the PayPal button below, or contact jaywake.questions@gmail.com if you'd like to donate in another way.

T-Shirts:
T-shirts with a black and white line art version of the art below, by Howard Tayler, will be available. Contact jaywake.questions@gmail.com if you'd like to order one.

Planning to Attend?
If you are planning to attend, please RSVP to jaywakereg@gmail.com or at the Facebook event.

This post is adapted from the JayWake page here.