Hugo nominated novella: The Stars Do Not Lie, by Jay Lake — An interesting review.

Potosi miners' language — For those of you interested in using argots, creoles and secret languages in your fiction, this is a must-read.

The Pixar Theory — The Grand Unified theory of Pixar movies. Weird. (Thanks to .)

Here's How to Wash Your Hair in Space — Because you might need to know this.

Congressman who used to be a high school English teacher irks GOP by marking their memos with a red pen — Hahahahahah. (Via Scott Frey.)

GOP House members from districts most affected by climate change cast 96% anti-climate votes — s residents of these often deep red districts struggle to cope with extreme temperatures, they need to know that while the science on climate change is overwhelming, their Congressional representatives are doing their best to make things even worse. It's hard not to say those conservative voters deserve what they are getting — the deep anti-science, reality-denying bias built into the GOP will come home to roost very, very painfully — but nobody deserves what is going to happen to these people. Not even the intellectually dishonest and willfully ignorant who vote this way.

Jury finds George Zimmerman not guilty — So a white guy chases a black neighbor kid around, picks a fight, shoots his unarmed victim, then successfully pleads self-defense. Yes, this is justice all right. I am ashamed. Ta-Nehisi Coates on this. Slacktivist Fred Clark also has a round-up. This outcome may be legally correct, but it is a moral and ethical disaster.

Undocumented Immigrants In Oregon Paid About $94 Million In Taxes — This is another thing the immigration bigots on the Right never seem to understand. Undocumented immigrants pay a hell of a lot more taxes than any benefits they receive. They're a net benefit to the economy. 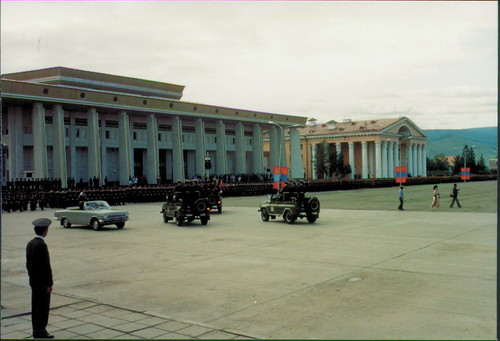 Last weekend, Lisa Costello had the camera a lot. Here's some pictures of us. 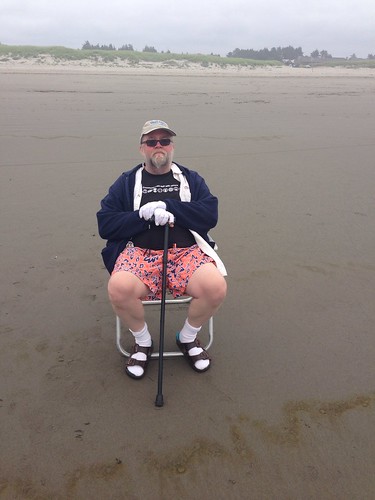 Me, waiting for the tide 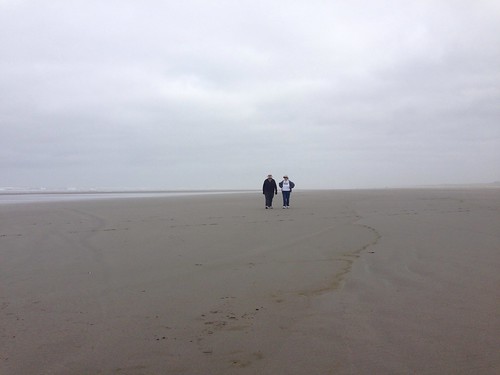 Mom and Dad, walking on the Long Beach peninsula near Leadbetter Point 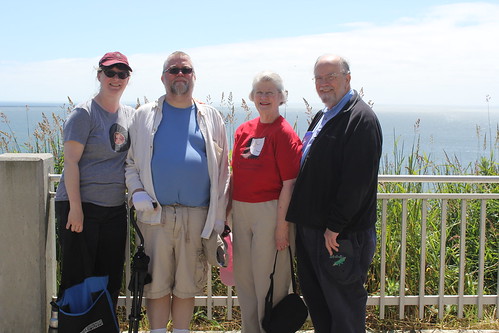 Lisa Costello, me, Mom and Dad at the Lewis and Clark Interpretive Center (photo by A. Passing Tourist) 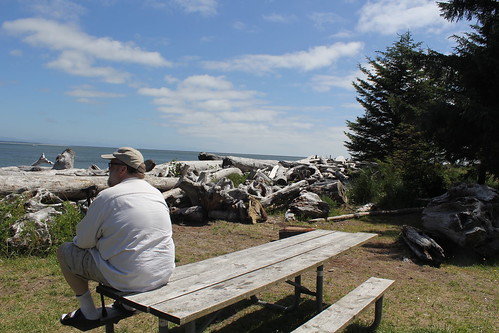 Me at Waikiki Beach, near Cape Disappointment 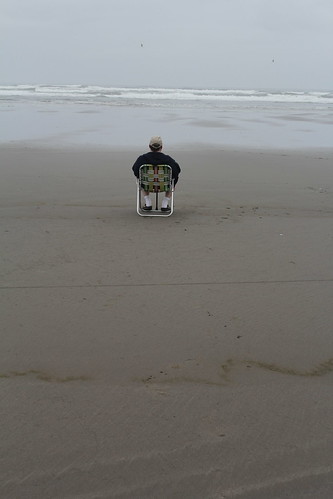 There's a feeling I get when I look to the west

This morning I took my last dose of Regorafenib for this series. That makes six weeks out of the past seven that I've been on this rather drastic medication.

We're heading into my off week, which is convenient as and I are away to San Diego Comic Con on Tuesday.

I restart the Regorafenib series a week from tomorrow, the same day we have the followup CT scan. Given what the CEA levels are leading us to expect from the scan, I will be utterly unsurprised to go right back off the drug permanently at that point.