Lakeside Backstory — More on the movie, and me, from Waterloo Productions.

Finding Cancer Cells in the Blood — Technologies that can pull tumor cells from patients’ blood are giving researchers an unprecedented look at cancer.

How Smart Dust Could Spy On Your Brain — Intelligent dust particles embedded in the brain could form an entirely new form of brain-machine interface.

Hawkmoths zap bats with sonic blasts from their genitals — I've been on dates like that. (Via David Goldman.)

Hunger Games, U.S.A. — Something terrible has happened to the soul of the Republican Party. We’ve gone beyond bad economic doctrine. We’ve even gone beyond selfishness and special interests. At this point we’re talking about a state of mind that takes positive glee in inflicting further suffering on the already miserable. Conservatives have convinced themselves that there is a "culture of dependency", and that breaking the cycle of that culture is for the public good. Deep cruelty cloaked in high minded policy is still deep cruelty. 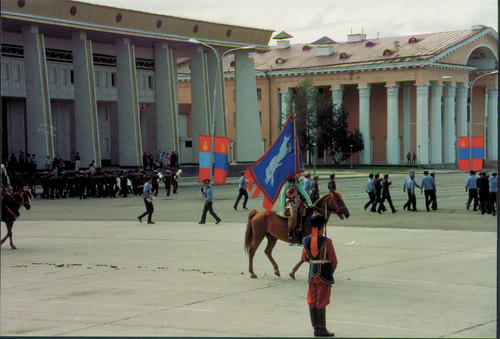 Based on further communication with my oncologist concerning my elevated CEA levels, we are proceeding with the assumption that the Regorafenib is ineffective. We are hoping for a different answer from next week's scans, but it seems unlikely. Given that this appears to be the case, we now have an intense interest in Stage I trials as a last line of effort.

To that end, we have added a PET scan to next Monday's testing regimen. This will allow us to identify any distant metastases, especially in bone or brain, which would have an effect on my eligibility for Stage I trials.

Next Friday we are also adding an appointment with the oncologist who is the Stage I trial coordinator for my treating hospital. That's to discuss my options for Stage I trials here in Portland.

At the same time, Dad and two of my science and health advisors are working together and with me to identify other Stage I trial options elsewhere. We want this effort to dovetail with next week's testing and consultations.

By the time I get to JayWake, I'll know more. I probably won't like it very much, but I'll know it.

Thanks to the good offices of as airport taxi, and I are off to San Diego this morning to attend Comic-Con. We have some wonderfully generous friends and fans helping us get there, and helping us be there. I look forward to being overwhelmed by the massive awesomeness of the whole experience.