A Look Around the Ruins of Fukushima, Where Radiation Still Poses Danger

5 questions on high-speed rail and its U.S. future

Leaked Memo: National GOP Tells Daines How to Scare Voters, Act Like He Cares — Because Republicans cannot win on the merits of their positions, they have to do things like this.

Tom Coburn: Campaign to defund Obamacare ‘dishonest,’ ‘hype’ — Republicans, having failed to win control of the White House and Senate in 2012, do not have the votes to cut off Obamacare funding. Given that, he sees the defunding proposal as not just wrongheaded but also an effort to mislead conservatives across the country who long to see Republicans stop Obamacare. Weird. Coburn is such a GOP fruit loop that it's odd to see him being realistic. And as every conservative knows, providing cost-effect access to healthcare for more Americans than ever is profoundly unpatriotic and destructive to our national interests. Or at least destructive to GOP electoral interests.

QotD?: Have you ever risen from a casket? 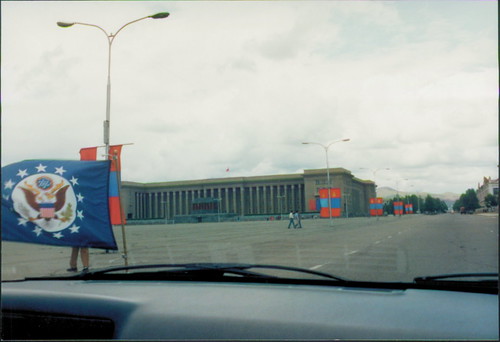 I'm pleased, tired, and finally home from JayWake. My thanks to everyone, over and over.

I have yet to collect my thoughts, but Ruth Nestvold did a pretty good report.

There is one important thing I learned yesterday. Coffins are hot and dark on the inside.

More to come. And thank you, so much, to all who came or supported or sent good wishes.