Prehistoric Europeans spiced their cooking — So what happened to the English?

Finding the limits of speciation — A new model suggests that in some cases, small organisms don't speciate. Huh. Wow.

How The NRA Built A Massive Secret Database Of Gun Owners — While the National Rifle Association publicly fights against a national gun registry, the organization has gone to incredible lengths to compile information on “tens of millions” of gun owners — without their consent. See, when the government tries to do this as a basic, common sense public safety measure, that's socialist tyranny and a violation of the Second Amendment. When the NRA does this, it's, uh, patriotic conservative values in action. Nope. Never mind. I cannot say that phrase with a straight face.

Forced Exposure — The consequences of the Snowden revelations ripple onward. Sigh. (Via .)

Miranda Warning — Scrivener's Error on the Miranda detention in the UK.

Poll: Louisiana GOPers Unsure If Katrina Response Was Obama’s Fault — A significant chunk of Louisiana Republicans evidently believe that President Barack Obama is to blame for the poor response to the hurricane that ravaged their state more than three years before he took office. This doesn't even rise to the level of stupidity. It some something deeper and much more ignorant. It also Republican thought, and these are Republican voters. Not some oddball fringe, either. A substantial number of Louisiana Republicans. How can any intellectually honest conservative stand the cognitive dissonance of being in a party that fosters and rewards this kind of thinking? 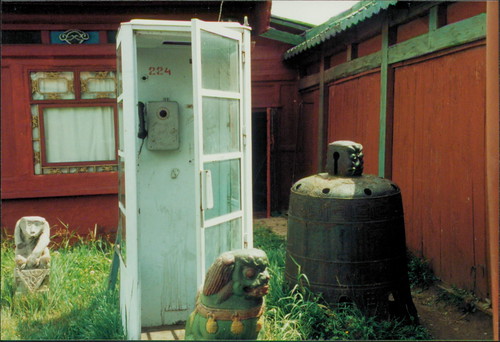 The New Zealand death cold's occupation of my body has now gone on for fourteen days. I've had bouts of influenza that were less disruptive than this damned cold. I am feeling somewhat better today, but definitely continue ill.

I have made a doctor's appointment for this morning because the lymph node on the left side of my throat has been swollen and painful since Tuesday. I normally associate that feeling with the onset of an infection, not the end of one. This in turn has led me to wonder if I have picked up an opportunistic or secondary infection. The only other time in my life I had a cold anywhere near this bad, I had a bacterial/viral co-infection, and they would alternately wax and wane.

So to the doctor we go this morning, Lisa Costello driving me, laughing all the way, ha ha ha.

Still in Oamaru with this post. After cheesing and steampunking, we wandered off to tour the old town, including a visit to Michael O'Brien, traditional bookbinder. Where there were books and binding. And books. 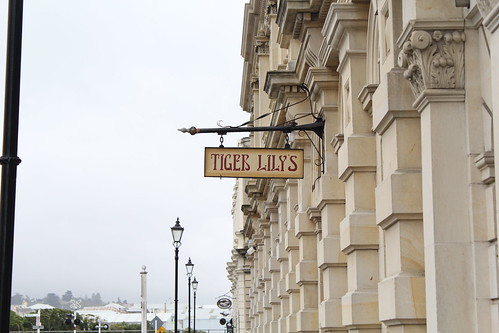 We also checked out one of the local penny farthing dealers. 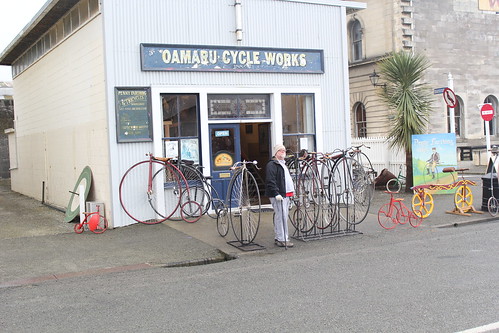 We also hit the city park by the harbor. Which was oddly arrayed, shall we say. Various of us took turns in the barrel. I learned a valuable lesson about physics, canes, and rotating surfaces. Sadly, my dance with the devil was not captured on digital. 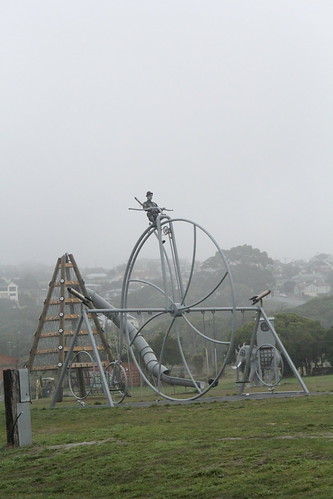 Plus we went that evening to the Oamaru Blue Penguin Colony. Photography was not permitted, but we sure saw a lot of cute little guys scrambling up the beach, plus bonus fur seal humping around the rocks looking for an evening snack. The birds were cute as buttons and bone stupid. Afterward, took us over by the waterfront to see if any birds from the wild colony were out. encountered a couple of freelance penguins on the jetty road. The lighting conditions were tough, but she got a few shots. 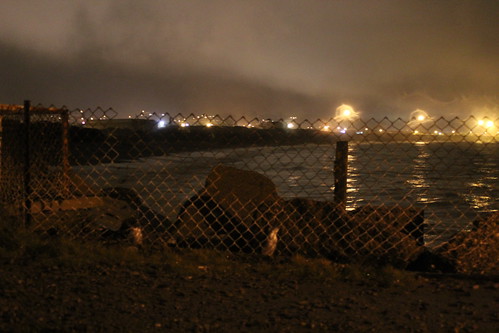