How Do You Know When You’re Having Sex With a Fallen Angel? Some Handy Hints from a Biblical Scholar — Hahahahaha.

The Costly Paradox of Health-Care Technology — In every industry but one, technology makes things better and cheaper. Why is it that innovation increases the cost of health care?

Understanding Our Gut Microbes Could Lead to New Medicines — By studying the interactions between our bodies and our microbes, a startup hopes to find new ways of treating disease.

Lizard Behavior - Tail Loss (Caudal Autotomy) — "Caudal Autonomy" is the name of my next rock band. (Via Daily Idioms, Annotated.)

The whole internet can't identify this mystery cocoon — (Thanks to Ellen Eades.)

Explaining Twerking to Your Parents — Having The Talk. (Via David Goldman.)

Why trust climate models? It’s a matter of simple science — How climate scientists test, test again, and use their simulation tools. As every good conservative knows, science is a liberal lie that undermines the true facts. 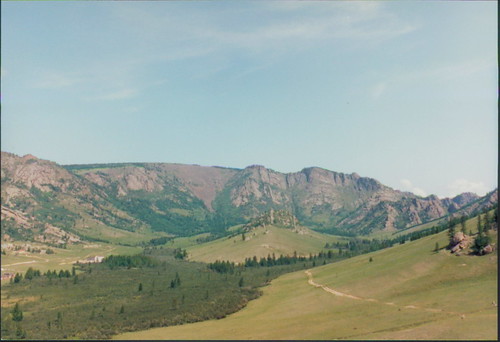 My good friend , a UMC pastor, has another post in his Jay Lake, Cancer, and God series. I read his post, and saw it as an unfinished interview. I asked Dave if he'd mind me responding. He said, "I would love for you to respond to this!"

So, here we are. I respond to each of his sections below.

Dave captured my point of view on this pretty well. I would make a small correction of "Mythical" to "Mythic", mostly because of Dave himself pointing out to me that "mythical" is a specific kind of dismissive, while "mythic" is descriptive of a certain kind of thought process outside the linear, objective structures of the Apollonian perspective.

How Those Christians Behave

Again, Dave captured my point of view pretty well here. I have a lot more to say on this topic than his encapsulation. I will add one thing now: I have what evangelists call a "pain story" about the enormous hurt and damage that American Christianity caused me and my family back in the 1990s. Mother of the Child was pregnant (this was about 1994). The fetus died at 14 weeks. Her body would not spontaneously miscarry, so our doctor scheduled a D&C (which is normally an abortion procedure) for 18 weeks. Thanks to protests and pressure from Christian protestors, almost all the hospitals in Austin, TX had stopped allowing D&C procedures to be performed in their operating rooms for any reason.

It was Bible-believing Christians who would have forced my wife to carry a nonviable fetus indefinitely. There is not enough of God's love in the world to justify the misery they wanted to inflict on my family for the sake of their narrow minded beliefs. There is nothing moral or ethical about opposition to abortion when it includes this kind of profound cruelty.

That experience hardened my existing political and cultural opposition to the religious extremism of the public face of American Christianity from a sort of generic liberal-progressive discomfort to a deeply personal hatred which has never guttered out.

This is the section where Dave said the least. I'll quote him in full:

I must label this as speculation. Sometimes I catch a glimpse of some kind of personal struggle between Jay and God, or perhaps with the church. The first thing he ever said to me (upon finding out I am a pastor) was something like, "Many of my stories work out my struggle with the god I don't believe in."

I was raised churched early in life, mostly under the influence of my very strict grandfather. He was a devout member of the Disciples of Christ who slightly after that point in my life earned a Doctorate of Divinity from Texas Christian University and was preacher for the remainder of his working life. (Having previously been a dentist, a colonel in the army, a land developer, a retail store owner, a black market meat smuggler, an armed strike breaker, and quite a few other things.) I was a good little Bible student, earning all kinds of awards.

Then I actually read the story of Passover and the Angel of Death with some care.

4 And Moses said, Thus saith the Lord, About midnight will I go out into the midst of Egypt:

6 And there shall be a great cry throughout all the land of Egypt, such as there was none like it, nor shall be like it any more.

Even at age five or so, I could not understand how a God who loved his creation could kill all the firstborn children of Egypt. How were they to blame for the misdeeds of Pharaoh? What would they have done. Herod's Slaughter of the Innocents had nothing on what the Lord God Almighty did to those poor children whose only crime was to be sleeping in the wrong house.

That was the beginning of my lifelong dispute with God. My teen aged and adult observations of the behavior of His followers in Christian America have only confirmed that the God of my fathers is a petty, mean spirited tyrant who reduces his followers to cruelty and intellectual dishonesty in the name of faith. The same God who killed thousands of innocent children just to make a political point, something that was obviously immoral even to my five year old self. And yet, we celebrate this as a miracle?

It is Christians like Dave Raines, Bryan Thomas Schmidt, John R. White and Fred Clark who remind me that I am wrong about this. My argument is with God, not His followers. As Dave quoted me, the God I don't believe in.

There is absolutely no proof of God in the world. The Bible no more proves His existence than comic books prove the existence of Spiderman. I'm an empirical guy (Dave's first point), and I see no empirical evidence. Nonetheless, God plays a very powerful role in the world precisely because so many people do believe (Dave's second point), and so it is this God-by-implication that I am really arguing with.

As for cancer, well. I can neither blame God nor Satan, as neither of them exist in any form meaningful enough to have an effect on my health. But my own mythic truths are powerful and deep, and they have been shaped by the Christian narrative.

So I argue as I not so slowly die.

Thank you everyone to your responses on yesterday's post. What I should have said, and failed to, was that I am working with several attorneys, an accountant, a financial planner, and my literary agent on all this. We are trying to get firm opinions on the disability work rules, etc. I was talking about my frustration, not my attempts at its solution.
Collapse