A reader review of my novel Mainspring

A review of my single title novella The Baby Killers

Riddick 3: You Are Not Manly Enough To Read This Review Of This Very Manly Movie — Best movie review EVAR! Go read this just for the review, regardless of whether or not you care about the film.

Little Rock school district will now make teachers wear underwear — I, um… Uh. So, what do you think the enforcement protocols will be? (Via Ellen Eades.)

Poop, there it is: New test for exotic civet coffee — Hmm. Looks like shit. Smells like shit. Tastes like shit. Good thing we didn't brew up a cup of it.

Inside the Battle Over a Strip-Mine Cemetery — A mine, a family cemetery, and a struggle over heritage and jobs.

In South Africa, a Deadly New Drug Is Made With HIV Medications — Nyaope -- "crack with a sickening twist" -- combines heroin, detergents, and ARVs into a lethal cocktail that's ravaging the country's townships. Sigh. And then there's the concept of an "austerity drug". (Via Daily Idioms, Annotated.)

Does torture work well as an interrogation technique? — (Via David Goldman.) 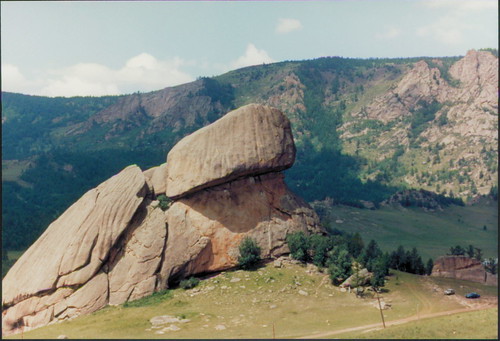 On August 10th, we mostly laid low in Rotorua, as I was not feeling well. In retrospect, that was the New Zealand death cold settling in, but I did not realize it at the time. I just thought I was experiencing travel fatigue.

That evening, we boarded a bus for Tamaki Maori village, for a cultural exhibit and show, and a (somewhat) traditional feast. 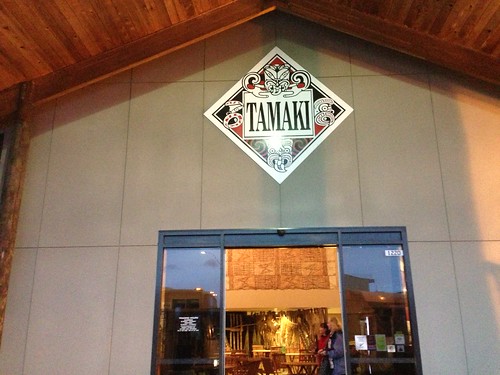 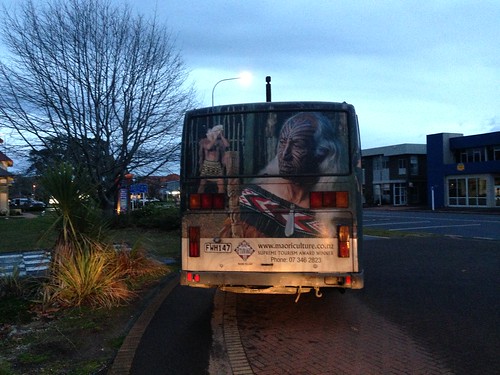 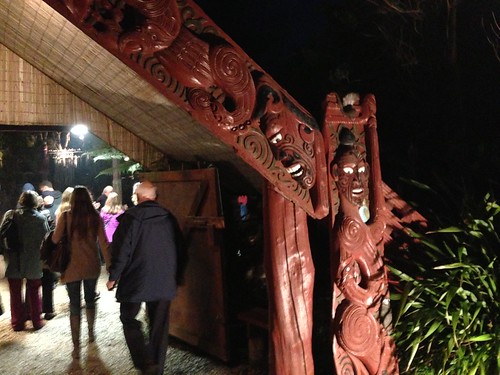 Next, the geothermal sites at Waiotapu.