Apple: We're Not Storing An Image Of Your Fingerprint On The New iPhone

Roman brothel token discovered in Thames — A Roman coin that was probably used by soldiers to pay for sex in brothels has been discovered on the banks of the River Thames. (Via Daily Idioms, Annotated.)

Can Emotional Intelligence Be Taught?

First Self-Assembling Diamond Quantum Devices Unveiled — The ability to self-assemble quantum components on the nanometre scale could revolutionise the future of computing.

Creationists Once Again Threaten to Make a Mockery of Texas Science Education — The children of today are the voting public of tomorrow. If we don’t break this cycle of willful ignorance, it may never stop on its own. Duh. Where do you think the Republican voter base comes from? Intellectual honesty and clear-eyed analysis of one's own self-interest is death to modern conservative politics. That's why Republicans fight so hard to distort education and twist the media. Willful ignorance is the GOP's only real asset among 99% of the electorate.

Clean Air Act was boon to Appalachian forests — Sulfur pollution shown to have slowed tree growth. Bullshit. Everybody knows Federal regulations are nothing but job-destroying Socialism. Ask any conservative, especially those who live in places like West, Texas.

Qotd?: How far are you from the beach? 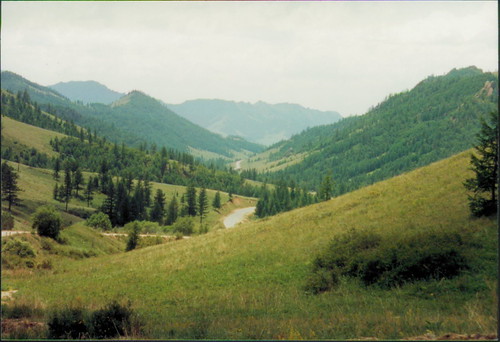 On August 13th, we drove from Hamilton to Waitomo, then on to Auckland.

First we went to Ruakuri Cave. Underground tour took about two hours, and I did it in a wheelchair propelled by the indefatigable . It was a peculiar thing, wonderful but also odd. Technically the cave was wheelchair accessible, but in practice that meant that the wheels were sometimes scraping limestone on both sides.

Then we visited the Glowworm Caves, which is a boat trip underground. Also cool and strange but difficult to photograph.

We did our best. 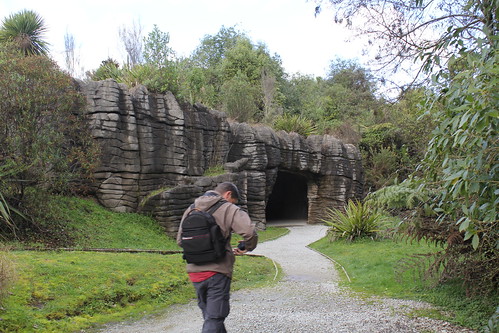 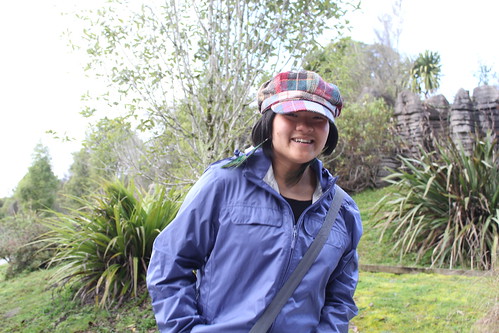 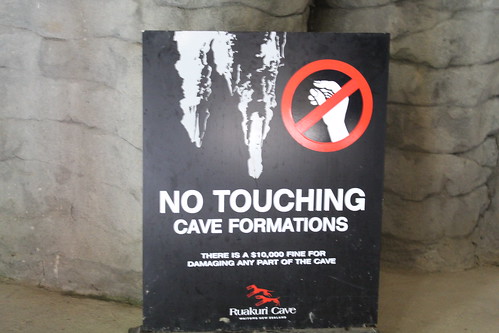 Our route of travel that day. And the overall maps of the trip.

Next, the wrap up of our trip.

So there was the recent issue with blood in my stool. Which seems to be innocuous enough, but still scared me into flashbacks.

Also, I've lost about six pounds since returning from New Zealand. I'm a big guy, and six pounds isn't much, but it's a mildly puzzling trend. In the past week, my appetite has also dropped close to nil. (This postdates the beginning of the slide in my weight, so the obvious causal connection does not apply.) The combination of these two things corresponds to the description of what I could expect at the beginning of my terminal decline. Both Lisa Costello and I have very much been fearing that the Regorafenib was failing. The fact that my body continues to adapt to this drug only reinforces that fear — for some chemo drugs, the intensity of side effects reflects the efficacy of the drug's action. High side effects, strong drug action. Low side effects, weak drug action.

Given that we have a scan next week, we're also wrestling with scanxiety. Lezli Robyn visiting is a fun distraction, but there's a big coil of mortal fear and dread of death swirling close to the surface. Which makes everything else hard to cope with. Especially fears such as the ones about the change in my metabolism and the possible loss of the drug effectiveness. Prior to the last scan in July, Lisa and I were pretty much at each other's throats with fear and stress, which is so not how our relationship works.

Then yesterday I realized that my appetite loss coincided with a recent increase in my Trazadone dose. A little quick Googling showed that there is a link between Trazadone use and appetite suppression. Which, while annoying, is orders of magnitude less scary than assuming I was hitting the skids with the cancer.

When the current drug fails, as it inevitably will, I'm back to having six to nine months to live. The countdown is on hold right now through the good offices of Regorafenib. But panics like the one we both had this week are emblematic of how tenuous my grip on health and life itself is. And next week's scan, like all scans, is an opportunity for me to play Russian Roulette with my cancer.

Sometimes the fear consumes us all.