A reader reacts to Kalimpura — They liked it.

is entertainingly snarky about the Clarkesworld podcast of my story, "Torquing Vacuum"

Launch Pad is on sale — The anthology benefits the Launch Pad workshop, and includes a reprint story from me.

Facebook and Twitter Are Converging — The two largest social networks are becoming more similar, as they borrow each other’s features, and search for profit. The social media singularity is on the event horizon. What rough beast slouches towards the NASDAQ?

Most delicious dessert trucks in America

Straining Upwards to Hear the Cosmos

The obesity era — ‘The previous belief of many lay people and health professionals that obesity is simply the result of a lack of willpower and an inability to discipline eating habits is no longer defensible.’. (Via Daily Idioms, Annotated.)

Fischer: It Is 'Ignorant, Ignorant, Ignorant' To Think Human Behavior Can Impact The Climate — it is dumb, dumb, dumb; it is stupid, stupid, stupid; it is ignorant, ignorant, ignorant to think that there is anything that man can do to control the climate through human behavior." If you want to do something about the climate," Fischer said, "you want to do something about the weather, there is only one thing that we can do to affect climate or affect weather and that is to pray to Yahweh." Faith certainly doesn't have to make you stupid, but American Christianity does an excellent job of privileging willful ignorance that would be laughable in any non-faith-based context. Thank God I'm an atheist, given this is how leading Christian voices think and speak. (Via Slacktivist Fred Clark.)

US bid to name “Science Laureate” hits snag with climate denialists — Conservative lobbying groups freak out, get bipartisan bill pulled. Because being conservative means never having to admit that reality trumps your proudly willful ignorance.

Police Wound Two Women In Shooting Near Times Square — Caught in the line of fire by police officers, two women were shot near crowded Times Square in Manhattan last night. The bystanders were wounded as police struggled to deal with a man who was behaving erratically. Because guns make us all safer. Those two women should be grateful for the Second Amendment rights that ensure that anyone might be carrying a firearm.

Man seeking help after North Carolina car crash shot by police — An unarmed man who was shot dead after running toward police officers in Charlotte, North Carolina, may have been just trying to get help after crashing his car, police said. Because guns make us all safer. He should be glad he gave his life for your Second Amendment rights. I'm sure every single one of the other 30,000 people killed by firearms every year feels the same way. I know I would be proud to die for your illusion of safety.

Qotd?: Where did you wake up today? 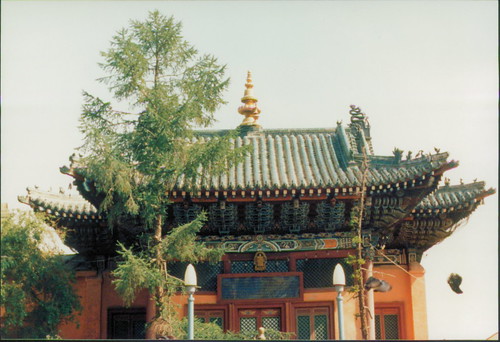 A lot of driving and sunlight yesterday. Lezli Robyn got some fabulous photos, including the distressed elk that was looking to us for help. When she posts, I'll link or repost. Today, she is off to Portland Saturday Market with

I am home with Lisa Costello, laying low.