Jay Lake and the Story a Week Experiment — An interview with me by Catherine Schaff-Stump.

Want to win the JayWake edition of my new book Jay Lake's Process of Writing? Here are the details

How Google Converted Language Translation Into a Problem of Vector Space Mathematics — To translate one language into another, find the linear transformation that maps one to the other. Simple, say a team of Google engineers. Wow, is there a lot of handwavium here.

Full Service: 1937 — A rather amusing photo from Depression-era Georgia by Dorothea Lange.

John William Keedy explores themes of anxiety and varied neuroses in his photography — Wow. (Thanks to Lisa Costello.)

How I Got Licensed to Carry a Concealed Gun in 32 States by Barely Trying — (Via .)

Florida attorney general delays execution for fundraiser — Florida Attorney General Pam Bondi has apologized for postponing an execution scheduled for Tuesday to accommodate a campaign fundraiser. The Republican is going ahead with the fundraiser at her waterfront home to kick off her reelection campaign. But she said Monday night that it was a mistake for her office to ask Gov. Rick Scott to delay the execution. The request was granted and the execution, which had been postponed twice before, is now scheduled for Oct. 1. Stay classy, conservative America. It's what you do best. (Via .)

?otD: Are your dreams as empty as my conscience seems to be? 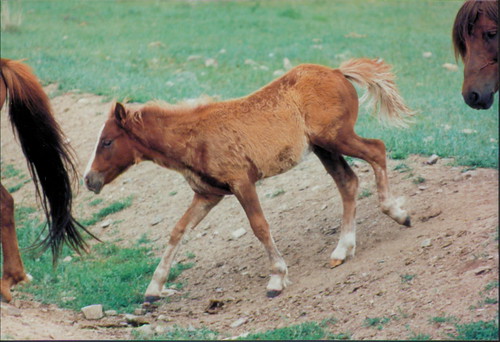 This week I have two attorney appointments, a financial planning appointment, and my therapy appointment. I am pleased to say we are nearly at the end of the legal and financial processes to set up my estate plan, and also keep me properly compliant with the disability requirements I now must observe.

Man, this is a lot of work. But I can see the end from here. Pretty soon I'll be reduced to cleaning my desk for entertainment.

I plan to write a long essay (or series of essays) about the process I've gone through, but I must wait for everything to settle, and to understand my confidentiality requirements, before I can do so.

My thanks to everyone who's offered advice, professional references and good wishes along the way. There's surely more to come. Just hopefully less of it.

A while back, I checked my frequent flyer mileage balance with American Airlines, and discovered I had enough miles to take me and Lisa Costello to the UK for this year's World Fantasy Convention. I held off making plans until the recent scan, because of the distinct possibility of being back in treatment sufficiently heavy to keep me from traveling. Things went well on the scan side, however, so yesterday I went to book.

$700 per person in fees to secure the free mileage ticket.

I've never, ever encountered this before with award tickets. It's a London thing, I guess. I've booked international award travel to China and Australia in the past, and never paid more than about $50 in fees.

So I checked the American Airlines website for regular fares. Turns out that $700 per person fee is embedded in the ticket price as well. Likewise United Airlines. British Airways. Icelandic Airways. The cheapest fares I could find were about $1,200 per person, inclusive of that $700 airport fee.

At that point, I gave up. My income's been limited for a while due to Short Term Disability, and will be zero during October as I transition from Short Term to Long Term Disability. $1,400 for free tickets just ain't in the cards.

But I don't get it? What's the logic from the UK end? That high a passenger fee makes tickets fantastically more expensive than they already are. The UK just lost a week's worth of my tourist dollars by making it too expensive for me to fly in there.

(And yes, I have looked at alternatives like flying to Continental Europe and coming back on a regional flight or a train. That takes up too much time, as Lisa's available vacation time doesn't allow us to burn the extra days, and also takes up way too much of my energy given my fatigue levels and mobility impairments. I cannot afford to be that clever.)