Story Bone — Steve Buchheit riffs on my new career as a psychopomp.

BLDG BLOG on books recently received — Interesting stuff, but if both else, click through to see the photo they lead the piece with. Amazing.

Forget Venus and Mars, we’re beginning to understand gender behavior on Earth — We may never know every subtle difference, but gender research is coming a long way.

When Will Gene Therapy Come to the U.S.? — Several gene therapies are or will soon be in late-stage human trials. One of them could be the first to get FDA approval for sale in the U.S.

A Jewel at the Heart of Quantum Physics — Artist’s rendering of the amplituhedron, a newly discovered mathematical object resembling a multifaceted jewel in higher dimensions. Encoded in its volume are the most basic features of reality that can be calculated — the probabilities of outcomes of particle interactions. (Via Daily Idioms, Annotated.)

Freedom of Information — A British newspaper wants to take its aggressive investigations global, but money is running out.

Explaining the New Obamacare Provisions — Remember, kids, according to Your Republican Party, Obamacare is the worst scourge to afflict this nation since the Nazi threat. After all, budget savings and wider access to healthcare is sure a sign of the End Times.

Dr. Carroll explains Obamacare in under 7 minutes — This is clear, concise and even kind of entertaining. Well done.

Ghoul’s Glossary: Shutdown — Shutdown: n. A maneuver whereby persons elected and paid by the public to do little but pass budgets refuse to do so unless they are permitted to prevent poor children from seeing a doctor.

Better Dead and Red: How the GOP blocked health care for red state Americans — Study after study has long shown that health care is worst in precisely those states where Republicans poll best. But in their zeal to discredit a president they loathe, GOP leaders across the nation passed up an historic opportunity to bring health insurance and with it, greater financial security and higher standards of living to millions of their own constituents. Are you proud of your Republican party? On the wrong side of history, as always.

End Days for the GOP — After years of sabotaging government and getting away with it, the GOP has finally gone too far. America knows it, and so does the party itself. We should be so lucky. Given how thoroughly Your Liberal Media supports the conservative narrative both directly and through indirect means such as false equivalency, I find this analysis unlikely. There simply won't be enough honest reporting for most people to understand what the Republicans are doing and have done. 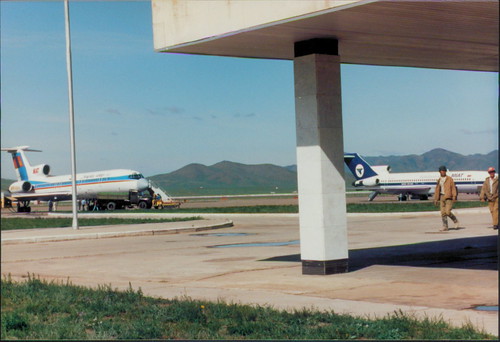 As of today, I am no longer employed. Instead I am now on Long Term Disability.

For the past ninety days since I stopped working, I've still been employed, but on Short Term Disability leave. Today is my transition date. Much as I never expect to write again, I never expect to go back to work again. Not with my terminal diagnosis and the difficulties of my treatments.

I had my first job at 15. I was working full time by the second half of my college years. Except for periods of involuntary unemployment, I've never not worked.

Now I am being given the luxury of dying in peace rather than dying in harness.

Sometimes I think about what it would mean to work now. There are days when I'm quite functional, after all. Then there are days when I am not. To fill a job today, I'd need an employer that could tolerate me being unable to commute to work, being unable to stand at work, being unable to walk more than short distances at work, being incredibly clumsy and malcoordinated, spending up to three hours per day or more on bathroom breaks, falling asleep at random intervals, having significant short term memory problems, not being able to count or make change accurately, being unable to remember the names of co-workers and customers, lacking deep analytical or critical thinking skills, and taking an enormous number of half days off for medical visits.

Since I'm not interested in being a congressman, there's not a lot of other jobs that will tolerate this sort of behavior. Plus exhaustion. And emotional meltdowns. And and and...

So I no longer work. Another thing which has defined my adult life, lost to cancer.

At least I still get to do interesting and rewarding things with my time, given the limits of my capacity.