These Cars Are The Same Size — Our brains lie to us all the time. (Thanks to .)

Ancient Kingdom Discovered Beneath Mound in Iraq — I wonder why we always say "kingdom" instead of "monarchy". Ah, the embedded gender politics of language.

Signs of oxygen in 3-billion-year-old soil — Which means photosynthesis is at least that old.

NASA Is Grounded — Brought to you by Your Republican Party.

Cameron: profit is no longer a dirty word — David Cameron will offer a wholehearted defence of British business, arguing that only successful companies can make the country a true “land of opportunity”. Sigh.

If It Happened There ... the Government Shutdown — How we would report on a government shutdown in another country. Hahahah. (Via Scott Frey.)

Your False-Equivalence Guide to the Days Ahead: A kind of politics we have not seen for more than 150 years — This isn't "gridlock." It is a ferocious struggle within one party, between its traditionalists and its radical factions, with results that unfortunately can harm all the rest of us -- and, should there be a debt default, could harm the rest of the world too. There simply is no principled or intellectually honest stance that can account for what the Republicans are doing today.

The Saddest Paragraph You'll Read About the Government Shutdown Today — With NIH furloughs, children with cancer are being turned away from clinical trials. Your Republican party: turning away ill children to die in order to protect you from the Socialist scourge of affordable access to healthcare. I guess in the moral universe of conservatives this somehow makes sense. (Via .)

Ted Cruz Lie Exposed By Student He Used To Attack Obamacare — Republicans lie. Especially about anything to do with Obamacare. (See death panels, the abortion fee, etc.) Why is this surprising? (Via David Goldman.)

Obamacare myths: Small business owners’ most common misconceptions about the law — This confusion was deliberately fostered by the continuous, hysterical lying by the GOP and their shills in Your Liberal Media.

Why conservatives hate Obamacare — Interesting article which rather naively assumes there's any rational basis for the conservative hatred of all things Obama. Bush merely ruined our military standing in the world, failed to protect us from terrorism, crashed the economy and ran up the highest deficits in history. Obama is guilty of a black Democrat. Any conservative can tell which of those is a crime against the Constitution. 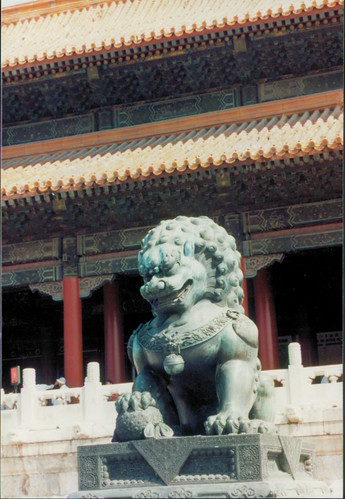 Yesterday, I participated in a French fry test for Burgerville. This is a small area burger chain that specializes in whole, fresh, locally sourced ingredients.

They sat me down with three small baskets of fries and a bottle of water as a palate cleanser. A laptop displayed a 14-point survey that required me to rate the fries on appearance, taste, texture and so forth. As you can see from the photo, this was serious business. Afterwards, I did a roughly fifteen minute interview with a Burgerville store manager.

Really, it was both pretty fun and pretty funny. Plus French fries. What's not to like?

Portland area artist Nat Iwata is working on a Kickstarter to produce a deck of Steampunk Pirate Bicycle Deck. Through the good offices of Evelyn Kriete, I have been included as the Jack of Hearts.

Personally, I think this is a seriously awesome portrait of me. I am beyond thrilled. Yesterday, and I got to meet Nat in person. He is every bit as charming as he is talented.

If you like this card, or the idea, consider contributing to Nat's Kickstarter. Me, I'm getting some prints of this card art. Too cool for words.

And when I get my deck, as Evelyn said, I can play with myself in public.

I am so thrilled.