A Korean review of Kalimpura — Even with Google Translate, I can't tell if this is positive or negative.

50 People On ‘The Most Intellectual Joke I Know’ — This is hilarious. (Via David Goldman.)

Fear is the mindkiller: Focus group peers into the Republican brain — Yep. Conservatism in America long since ceased being driven by rationality or anything like either national interest or even voter self-interest.

Meet Butch Matthews, A Republican Who Came To Love Obamacare After Realizing It Will Save Him $13,000 — Yup. Amazing what those actual liberal "facts" and "data" can mean, when stacked up honestly against the self-deceptions of conservative ideology. (Via Slacktivist Fred Clark.) 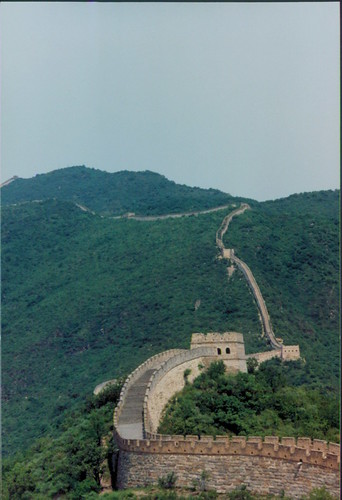 This weekend Lisa Costello and I took a trip to southern Oregon to celebrate her one year anniversary of moving to Portland. We planned it around a visit to Crater Lake National Park.

You can see how well that worked out:

The Federal government is shut down due to a delaying tactic by the House Republicans in a fight over something that isn't even directly affected by the shutdown. Speaker of the House John Boehner could pass a 'clean' continuing resolution to restart the government any time he wished by bringing the measure to the floor of the house. Most Democrats and a fair number of Republicans would vote for it. In doing so, Congress would be doing its job, what each Representative and Senator was elected for. In doing so, Congress would be performing a legal duty that went on for decades as a trivially routine measure until conservatives politicized the process.

The reason I could not visit Crater Lake this week was the same reason that almost a million Federal workers have been furloughed, the reason education and science and health and safety services across this country have been suspended, the reason sick kids are being sent home from NIH to die. Because Speaker Boehner is afraid he'll lose his job if he brings the continuing resolution to a floor vote. All this to try to stop a piece of settled law which was negotiated and compromised on extensively as a bill, passed on a bipartisan vote, signed by the president and litigated to the Supreme Court. All this to try to stop a social initiative which was overwhelming supported in the last election with Obama's second term in office and the GOP losing the popular majority of votes for both the House and Senate.

In other words, by the rules of our same Constitution those conservatives so profess to love, a done deal. Legally and electorally, this question has been resolved.

One man with the power to comply with both the law and the stated will of the electorate by simply making Congress do what it should have been doing so all along will not do so, because he's afraid to lose his job.

Speaker Boehner, why is your job worth the cost $300 million in shut down costs per day, and almost a million people out of work? You, sir, are a true profile in political courage. You, sir, are everything the modern Republican party has become on its way to being a permanent disgrace to American democracy.