Laughing at Cancer — Jim C. Hines talks about his new story in which I play a tangential role.

Matchstick-sized sensor can record your private chats — Oh, how nice. (Thanks to David Goldman.)

Wrap Your Head Around These Gears — Mechanical weirdness. (Via David Goldman.)

Ayn Rand Railed Against Government Benefits, But Grabbed Social Security and Medicare When She Needed Them — Just a little reminder that no one likes conservative policies when applied to them personally. Especially not conservatives, those paragons of intellectual consistency and public virtue.

American healthcare was already socialized by Reagan, we’re just fighting about how to pay for it — Luckily for the GOP and their shills in Your Liberal Media, no one in America remembers this.

Putting It Into Perspective — Using the government shutdown and the debt ceiling as leverage to force a minority favored outcome is not how our system is supposed to work. Democracy is not a process of hostage taking to get a outcome which cannot be achieved at the ballot box. It is if you're the ultimate sore losers, as the GOP are.

Dear President Obama: don't cave to the GOP's extortion politics — Unless the GOP's brand of extortion politics is thwarted, America's democratic institutions will be so badly subverted that the nation will simply find itself in the position of staggering from one manufactured crisis to another with potentially both political parties threatening economic and political Armageddon if they don't get their way. That is, quite simply, no way to run a democracy and it's why the only option facing President Obama and the Democratic party is to win this showdown and force the GOP to concede defeat. From the Guardian. Yes, this.

?otD: Are you ever going back to your old school? 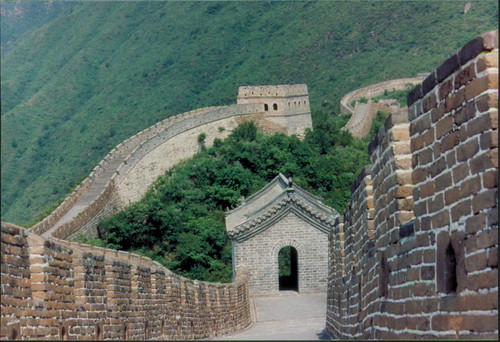 As long time readers may know, I like automobiles a lot. I like weird machinery a lot. I enjoy folk art. I admire field-expedient ingenuity as well.

Sometimes these threads come together…

Spotted this past Saturday night in Klamath Falls, OR, the Fierocycle: 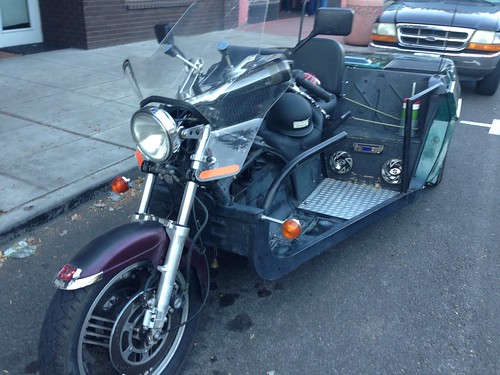 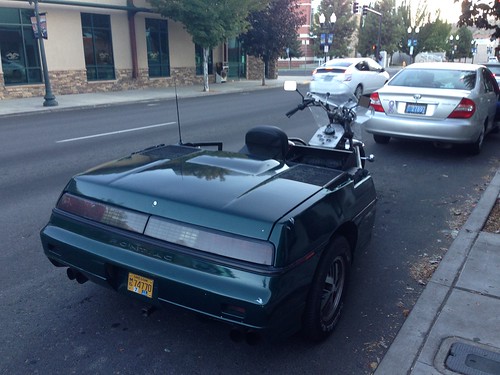 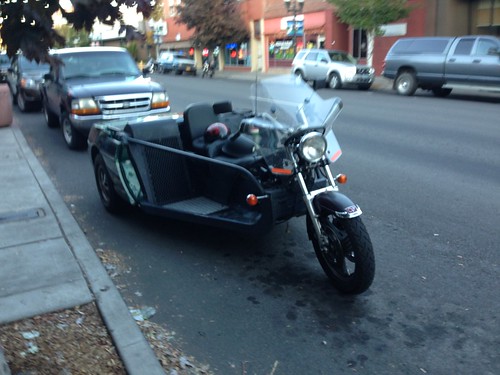 Yes, that is the ass end of a decapitated Pontiac Fiero mated to a home-brew frame and a Yamaha front fork. I am awestruck.