9 teens reported missing as New Mexico investigates ranch for troubled youth — What I find fascinating about this story and many others on the same topic in the news cycle is that nowhere will you see the information that the allegedly abusive program is run as a Christian institution. Imagine for a moment this kind of wholesale abuse at an Islamic-run program. Do you think the press would forget to mention the religious connection? Christian privilege is pervasive in this country.

Historically unprecedented climates to arrive by mid-century — Exceptional extremes become the norm by then; the oceans are almost there now. Man, the liberal hoax around climate change just becomes more and more elaborate. Practically the entire planet is in on the scam. Thank God for Rush Limbaugh and the Republican party, or we might have been able to do something about this. Conservatism will keep you safe.

Escaping from Fantasy Politics — Well, I suppose one possible alternative would be for Republicans to step outside the murder-suicide context of shutdowns and debt ceiling brinksmanship, set aside the fantasy of winning major policy victories in divided government, cut a few small deals if possible and otherwise just oppose the president’s agenda on issues like immigration and climate change, and try to win the next two elections on the merits. Nice fantasy there. Too bad the GOP is incapable of winning an election on the merits. That's the whole point of all the voter suppression and voting restrictions and gerrymandering. Conservatives have fundamentally lost the culture war, at least in this generation. Most people are not willing to vote for fear-based, scarcity-driven policies that require victimization of others to succeed — and that phrase describes damned near every Republican policy you care to name.

GOP scrambles to develop new plan to end shutdown, avoid default — In exchange, Republicans were seeking what they called a few “fig leaves” — minor adjustments to Obama’s new health-care initiative. The first would delay for two years a 2.3 percent tax on medical devices that is unpopular in both parties. The second would require internal auditors to ensure that people who get tax subsidies to buy health insurance are in fact eligible. Another option under consideration but not included in the latest draft would reduce the number of employees entitled to receive health coverage from their employers by changing the definition of a full-time worker from 30 hours a week to 40 hours a week. Conservatives just cannot help themselves. They have to punish the poor and the needy, no matter what. How the hell do Republicans sleep at night?

House Republicans yield shutdown talks to Senate — So the House GOP picked a fight they can't win, put almost a million people out of work to protect Boehner's job as Speaker of the House, and now don't even have the courage to finish what they started? Wow, I can sure see why conservatives consider themselves patriotic and moral, what with this kind of leadership. What's good for John Boehner is good for America, clearly.

As world sees fiasco unfold, nation’s global interests suffer — The longer the shutdown continues, the more it will sidetrack goals that Republicans say are their top priorities: economic growth, national security, and restoring the sense of American leadership in the world. Your Republican party: as always, effective stewards of America's national interests. 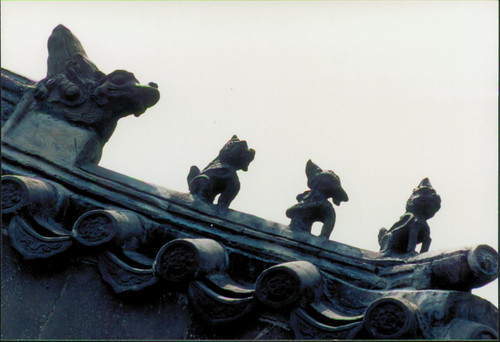 While we were down in southern Oregon last weekend, Lisa Costello had really wanted to visit the Pacific Crest Trail, just to set foot briefly. 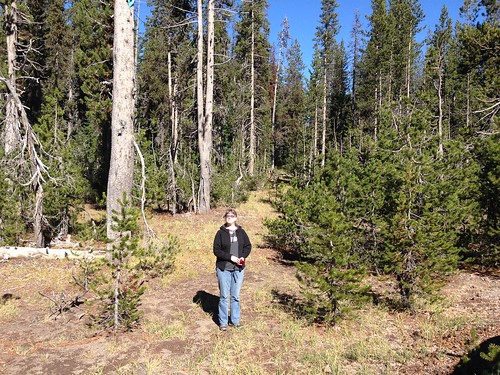 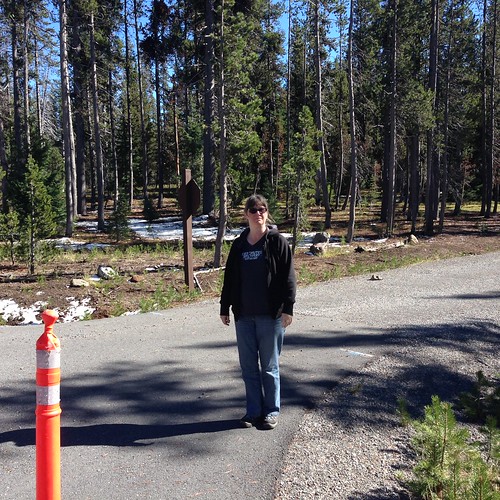 She was quite pleased. It's the small things that sometimes make us happiest.