Gratitude and Stewardship — My friend and fellow cancer patient on living onward through the disease. I like this post.

Codex Seraphinianus — Wow. What a weird and cool piece of bibliographic art. (Via .)

Reflections — These photos are gorgeous and bittersweet. (Thanks to AH.)

Study Shows Eating Bacon Will Make You Live Longer — According to Lisa Costello, in that case, I should live forever. (Thanks to .)

Getting Into the Spirit — A former mental hospital in West Virginia, rumored to be a hotbed of paranormal activity, lets visitors search for their own ghost story to tell. (Thanks to Dad.)

If the Moon was at the same distance as the ISS — That's pretty intense. (Thanks to .)

My Two Cents on Feminism and Miley Cyrus — Fascinating.

Jay Lake, Cancer, and God #8: The Intersection — My friend pastor continues his series about me, God and cancer. I'll write a more detailed response to this post sometime soon.

The "We're Not All Like That" project — A contrary view of the NALT project I was commenting favorably on yesterday. Since this perspective almost precisely mirrors my own view of so-called moderate Republicans, I do feel the power of the argument. (Via .)

State Troopers Say Maryland's AG Is a Terrible Backseat Driver — This guy is a seriously privileged asshole. And running for governor of Maryland as a Democrat. You're supposed to be the good guys… Sigh.

New Low in Election Fraud — This is what was supposed to happen in Ohio in 2012, which is why Karl Rove got so upset and walked off the air. The failure of the Republican plan to steal the election for Romney through polling fraud is what so many on the right now consider Obama's stealing of the election by the nefarious means of winning the popular vote. (Thanks to David Goldman.)

The “Pragmatic” Politics of Subtraction — Much of the party’s current toxicity with the public is the legacy of the last era of united Republican government. The Bush era was the political disaster from which Republicans have been recovering. Cruz isn’t helping to get the party out of the deep hole where the Bush administration put it, but driving his supporters out of the party would be even more politically self-destructive than the tactics that Cruz has been employing this year.

False equivalence: how 'balance' makes the media dangerously dumb — We've seen it in climate change reporting; we see it in shutdown coverage. Journalists should be unbiased, yes, but not brainless. Many of my conservative friends think "false equivalency" is a liberal myth. Which is a lot like my Christian friends thinking they're persecuted: an erroneous and self-valorizing response to the challenge of their unconscious privilege.

Rep. Van Hollen on House Rule Change on Shutdown Vote: “Democracy has been Suspended!” — Representative Chris Van Hollen (D-Md) went viral in a YouTube video he released of his parliamentary inquiries on a change in House rules that forbade individual members to initiate a motion to open the Federal government. Only the Speaker of the House can now do so, in a highly undemocratic step. Yes, the House leadership did this. Think about that the next time you blame Obama, or even Republican extremists. (Though how you can tell "extremists" from the rest of the GOP is completely opaque to me.) The party leadership gamed the rules in a midnight change to keep the shutdown from being ended by an open vote.

The Dixiecrat Solution — Conservative activists are simply not willing to give up on the idea of ruling through extortion, and the Obama administration has decided, wisely, that it will not give in to extortion. Ah, the patriotic, democratic values of conservatives are always on proud display.

Republicans Aren't the Daddy Party Anymore — This is freaking hilarious. (Via David Goldman.)

50 years later, the ‘Fright-peddlers’ are still peddling fright — Conservatives never change. Really. The same angry paranoias on parade today were just as powerful fifty years ago, and just as wrong fifty years ago. Go read this, no matter what your politics.

?otD: Do you eat seafood? 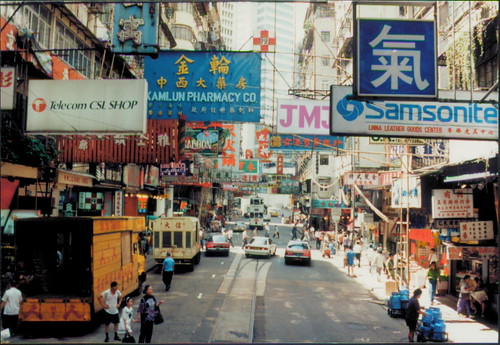 Yesterday I saw both my medical oncologist and my oncological palliative care specialist. In both cases, the conversation essentially consisted of, "Yep, not dying just yet." These are not bad conversations to have.

This is my off-month appointment, between scans, so all we're evaluating is the general state of my health, and the lab work on my blood. Except for some upward trending bilirubin levels (an indicator liver functions), my blood work was fine. My medical oncologist scheduled my two-month scan for next month. (About which more anon.)

Meeting with the palliative care doctor, we wound up mostly discussing my continued cognitive impairments. They think it may be a result of the medications I'm taking for sleep, which in turn are necessitated by my core cancer medication, Regorafenib. They switched me to low-dose Ambien, also known as Intermezzo. (About which more anon.)

I also had a discussion about my declining appetite. The current hope is that getting me off the Trazodone will help that.

On leaving the clinic, I made my CT scan appointment for November 8th. We then headed for the pharmacy to drop off my Ambien prescription. Before I'd even gotten home, the pharmacist called to tell me that my health insurance carrier won't cover the low-dose form, Intermezzo. They suggested I ask for the more common 5 mg Ambien. So I called the health insurance carrier, where I learned that my appeal process for the prescription decline is very complicated. I wrote my doctor a note asking whether I should appeal or they should represcribe.

While in my hospital's MyChart system to write that note, I also checked on my CT scan appointment. It had been made for October 8, 2014.

I called back in to the clinic in a state of WTFery. I was assured it would fixed. A few minutes later, I got an email alert about a new CT scan appointment time. I doublechecked, and it was still October 8, 2014, just in a different time slot.

So I called back in to the clinic again, in further state of WTFery. This eventually got sorted out, after some snarkiness from radiology about of course they knew what year it was (demonstrably not true).

Still no answer on the Ambien, but I'll have one sooner or later. The scan appointment has been properly set. But this is what I mean when I say it never ends around here. Simply to pick a prescription and go to a critical scan appointment, I had to make (so far) five followup phone calls and reschedule twice, due to problems at the other end. This would be me, the cognitively impaired cancer patient. If I wasn't being proactive about being my own advocate, there would have been no appointment for me on 11/4 when I walked into the radiology unit. As for the Ambien, I'm not sure what to say, except it's my problem to solve, because if I don't, I won't get the medication.

This kind of crap is why being seriously ill is a full time job. And mind you, I have a good hospital and good insurance and a lot of people of goodwill and professional competence helping me.

Lisa Costello and I were discussing my email management issues. I'm a lot slower of thinking than I used to be, and things take longer. There are days where I receive more email than I can possibly respond to, which causes me to get behind. Then more behind. And so forth.

I used to be very diligent about responding to email, with the exception of complex or difficult communications where I needed time to think. At this point, I'm simply announcing what has already become de facto reality. I no longer respond to most email on the same day I receive it. I will also begin to triage my email more aggressively, which means far fewer courtesy responses, thank yous, and follow up notes than is my wont.

This is not me being ill socialized or rude. This is me acknowledging my time and cognitive constraints.

Please, feel free to write me if we have business, or are friends, or you are just so moved. But please do not be offended if you do not hear back from me promptly, or even slowly.

This is not how I would have it be, but this is how I must handle things.