As We May Type — New generations of outliners and writing tools.

Small scale, small contribution — The 1.26 billion people whose countries belong to the Organisation for Economic Co-operation and Development account for 42 percent of emissions. The rich, if they reduced their emissions by just 8 percent, could achieve more climate mitigation than the poor could achieve by reducing their emissions to zero. The rich could manage this 8 percent reduction by altering their lifestyles in barely noticeable ways. For the poor, a reduction of 100 percent would imply permanent misery. (Via .)

An Antarctic Journal — LJ user photoblogs life at the bottom of the world, including the GOP's anti-science shutdown of US operations there. (Via .)

Uncommon path to Medal of Honor ceremony for Afghan war hero Swenson — This is an odd story (I heard a version of it on NPR).

Graph 'o the day: Hey, big spender — So, how have the Republicans managed to persuade Americans to buy into the whole “Obama as big spender” narrative? By flat out, knowing lies that their voter base eager laps up because a black Democrat is in the White House, and that means the End Times to Sarah Palin's "real Americans" that make up the GOP.

Heroic Times — Josh Marshall on the apocalyptic fever of the Tea Party Republicans. (Not that there is, or ever has been, any other kind of Tea Party but racist, radical Republicans.)

Your tax dollars at work, GOP style — We furloughed the CDC but there is still money for shennanigans like this.

Three must-read articles about the shutdown and impending debt default — This isn't about Obama somehow refusing to negotiate or acting in bad faith. This is about unilateral, unprecedented hostage taking by a GOP driven to desperation with their declining poll numbers and multiple election losses. These America-first patriots are willing to take the whole country down permanently if they don't get to do things their way.

What This Cruel War Was Over — If a patriot can stand in front of the White House brandishing the Confederate flag, then the word "patriot" has no meaning. The Nazi flag is offensive because it is a marker of centuries of bigotry elevated to industrialized murder. But the Confederate flag does not merely carry the stain of slavery, of "useful killing," but the stain of attempting to end the Union itself. You cannot possibly wave that flag and honestly claim any sincere understanding of your country. It is not possible.

Why Should the Public Trust Republicans With Power? — A question I've been asking since the Reagan administration, but which really came into focus during George W. Bush's disastrous tenure in the White House. At least some people are waking up to this very long-standing issue, thanks to the House GOP and the Cruz faction in the Senate.

House Republicans Show Themselves To Be Dangerously Incompetent, Again — There is no serious argument for Republican governance right now, even if you prefer conservative policies over liberal ones. These people are just too dangerously incompetent to be trusted with power. 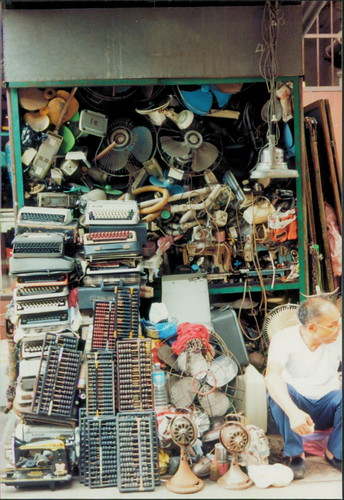 Over the weekend, thanks to the good offices of our friend B—, and I visited a neurobiology lab at a major area research institution. Her friend S— came along as well.

We had a terrific tour of the project our friend B— works on, along with a pretty good overview of lab procedures and equipments. Plus we got to see actual neurons in their glia-infused petri dishes. As I said, like potato chips for zombies.

Science was discussed, research processes were reviewed, and fun was had by all. 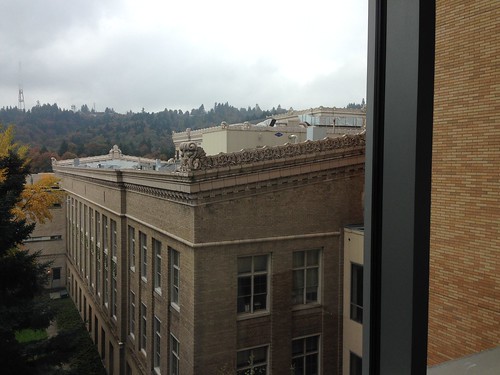 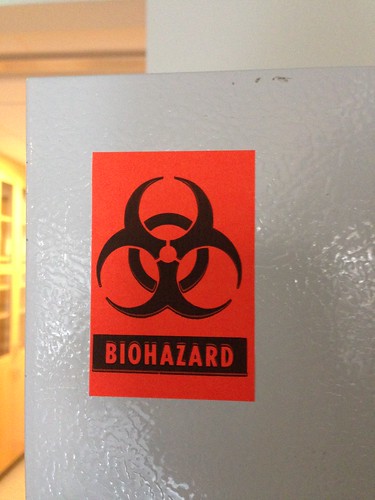 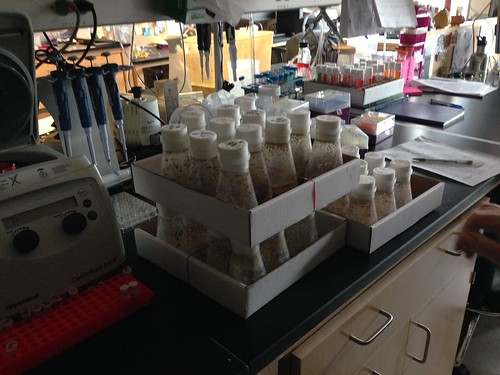 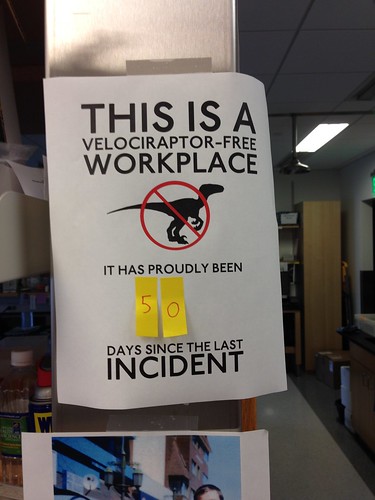 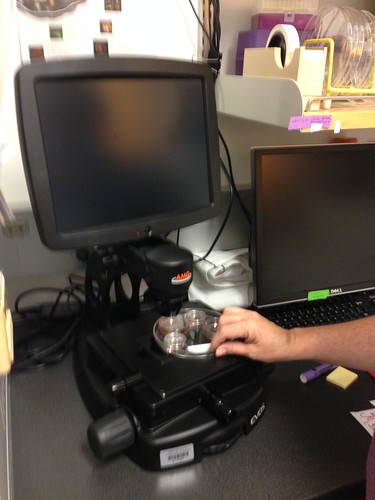 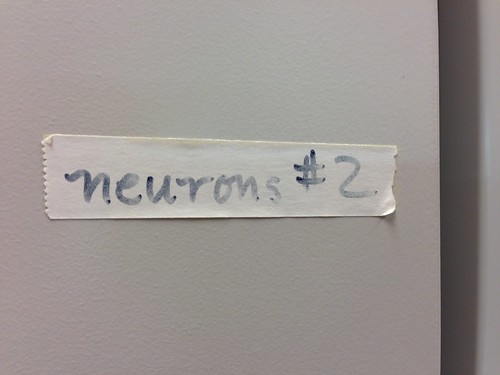 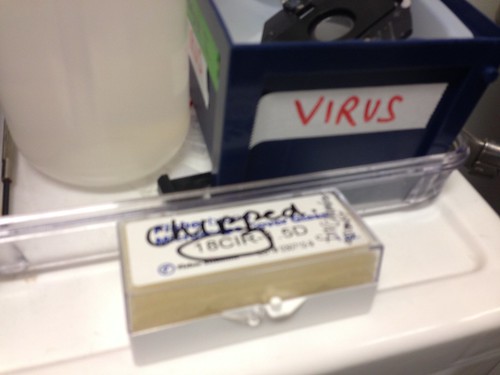 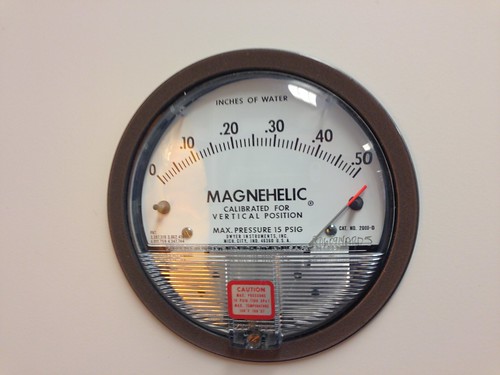 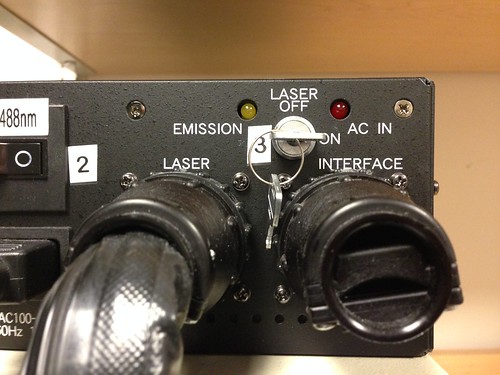 These days I spend my time and mental energy, such as it is — an hour or two of cognitive focus per day, at most — on the minutiae of disability insurance and health insurance and financial planning and estate planning. That tends to be endless, soul sucking, and rewarding only the very abstract.

For example, the CT scan appointment I made yesterday after my oncology appointments was posted for October, 2014. I noticed this, called back in and asked for a reschedule. The rescheduled appointment was also for October, 2014. I called back yet again, and finally got the November date the doctor had requested. I had to pay close attention to days and dates, and do multiple followups over the space of half an hour. Me, with my foggy brain and dyscalculia and everything else.

Everything is like this. Swimming in mud, trying to keep up with forms and deadlines and Byzantine procedures. Not purposeful work. Not even remotely so.

So it goes, I guess. I'm still alive. My purposeful work today is to remain alive, to survive my cancer a little longer, and to bear witness to the world of this disease and its tribulations. But that's hardly a job description, and the day-to-day reality of that is alternately finicky and exhausting.

I do less with less, and feel much less rewarded for it. Another thing cancer has stolen from me.