A reader reviews my single title novella Love in the Time of Metal and Flesh — [This] is a kind of existential horror story. It has great power. I’m not sure it’s in any way entertaining, but it certainly provokes thought and, in these superficial times, that’s high praise.

Rune Charms for Warriors & for Peace — (Via Daily Idioms, Annotated.)

Other people's divisions — America’s states labelled by an Australian who’s never been there and knows nothing about its geography. This is funny.

Images from the glorious world around us that we never see — Nikon's microscopy image contest gives us a different view of our world's beauty.

How to build a digital robot dinosaur — What could possibly go wrong!?

Chimpanzee retirements put on hold because of federal budget mess — Huh, and here I thought I was nasty about the GOP congressional delegation. No, wait, they meant real chimpanzees, not the inarticulate, poo-flinging vandals in the conservative movement.

Pacific Ocean warming 15 times faster than before — Some parts of the Pacific Ocean have warmed 15 times faster in the last 60 years than they did during the previous 10,000 years. Climate change is a liberal hoax. Do not be confused by these so-called reality-based “facts” and “data”, not when there is good conservative ideology to guide you.

A Decade of Water — Nearly a decade of observations from the twin GRACE satellites shows that some parts of the United States could face hard times in coming years. This map shows how water supplies have changed between 2003 and 2012. I am sure Rush Limbaugh can tell us how Al Gore stole all this water, as the problem cannot possibly be climate change.

Obamacare is a mess, and liberals need to fix it — As policy and P.R., the ACA is in trouble. Democrats need to acknowledge that, and make it work for everyone.

'Winners And Losers From Obamacare' — The numbers don’t lie. Unlike Republicans.

Perhaps Love Bakes a Cake — Suppose that the headlines read “Atheist Baker Refuses Wedding Cake to Christian Couple.” The uproar would be deafening. Every conservative Christian and political news outlet would be outraged. If it happens to us, we want to call it persecution. But when we do it to others, we want to call it “religious liberty.” We can’t have it both ways, and I find these fear-mongering cries of persecution to be simply dishonest. Yup. This. Welcome to conservative America, where the hypocrisy is bone deep beneath a self-valorizing veneer of smug Republican Jesus. (Via Slacktivist Fred Clark.)

The Dow hits another record high. Where are all the jobs? — Much as in other areas of scientific debate, conservatives have plainly lost this argument in the realm of fact, and have resorted to restating ideological opinions in the hope that repetition will become accepted truth. The difference is that the media have finally begun to accept and report that climate change and evolution are incontrovertible facts, while Young Earth creationism and climate denialism are fiction undeserving of publication. The same standard should be applied to the obvious fiction of supply-side economics. Something else I’ve been saying for the past three decades.

Officials bash rumors that Alamo, other missions will be run by U.N. — Why do conservatives have any cultural credibility at all, when willfully ignorant bullshit like this is their bread-and-butter?

On Telling President Obama to Go Back to Africa — Ah, the measured, rational discourse of the conservative mind.

Conservative Attorney Larry Klayman Calls For Coup Against Obama — Because nothing embodies the justly famed conservative respect for the Constitution like calls for sedition and rebellion against a duly elected president.

The Tea Party, Now and Forever — The ones who remain will not be chastened by what just happened, nor when their numbers decrease. As there is after every Republican defeat, there's talk now amongst the base about the need for more "true conservatives." But if you look at the people who decided to end the crisis, they aren't that different in their policy beliefs from the Tea Partiers. Mitch McConnell would genuinely like to repeal the ACA, and outlaw abortion, and slash food stamps. This isn't even a dispute about tactics, because that would mean the Tea Partiers have some kind of coherent set of tactics in mind, beyond "Fight, fight, fight!" It's about the apocalyptic worldview that animates the Tea Partiers. From the very beginning, the Tea Party never was anything but Republican astroturf, bigots posing as being concerned about the deficit so they could claim not to be racist. Now it has become the GOP. (Via Slacktivist Fred Clark.)

If They Violate Your Privacy in the Woods, Do You Make a Sound? — Some breathtaking stupidity from the chair of the House Intelligence Committee. 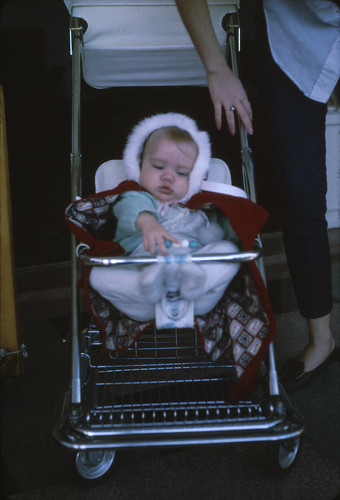 Busy, tired, my GI is very much out of control. Par for the course, in other words. Lisa Costello is making progress with her parents, and I continue helping her as best I can.