Has Cancer Been Completely Misunderstood? — Hmm. (Via .)

Students Invent Simple But Brilliant Way to Thwart School Shootings — While adults wrench their hands with debate and policy wonk, the kids figure a way to protect themselves. Somehow, nobody ever seems to think reducing the prevalence and availability of guns might have some effect on shootings. (Via .)

Scenes From a Multiverse nails the Tea Party 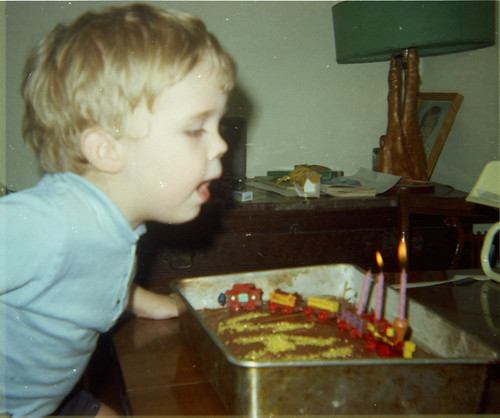 We saw my medical oncologist yesterday to discuss the CT scan results and review next steps.

One thing I learned which was not previously known to me is that I now also have a tumor in my spleen. This joins the roughly two dozen tumors in my lungs, liver and peritoneum. This isn't considered a new tumor as a retroactive review of my September scan shows a faint shadow on my spleen which developed into an identifiable tumor on this scan.

My oncologist's opinion is that the Regorafenib is losing its effectiveness, and therefore we should be actively looking for a clinical trial to engage. We are not yet abandoning the medication until we know I am lined up for a clinical trial. They characterized the usage of the drug going forward as a 'bridge' to the next treatment step.

They have a query into the trials office at my treating hospital to see where I am in line for their current clinical trials. There is apparently at least one Phase One clinical trial there for which I am a candidate. Once we hear from them, I will make an appointment with the oncologist who coordinates the trials.

We will also be looking at Phase One and Phase Two trials across the country, through the good offices of my team of science advisors. My oncologist was a bit dubious of this, with respect to the resources expended to participate in a
distant trial, but we mentioned that the trials coordinator had previously been supportive of the idea of me enrolling in a distant trial if I were a strong candidate, and the hospital being willing to consider supporting that effort as needed.

We brought up two specific trials which had come to our attention recently, a mistletoe extract trial at Johns Hopkins, and a PI3K/AKT inhibitor-Regorafenib trial at Virginia Commonwealth University. My doctor was very skeptical of the mistletoe trial, specifically because of the lack of understanding of the molecular basis of the treatment. They felt the PI3K/AKT inhibitor trial would be of little value to me because I do not have the relevant PI3K/AKT mutation.

I also asked about my life expectancy. My oncologist reluctantly confirmed six to nine months, barring a trial providing additional relief as the Regorafenib has over the past six months.

I am angry, scared and frustrated. This is the world I live in, though not for too much longer, it seems.

This is a repost for an event this coming Saturday. If you have already RSVP'ed, I do not need an additional RSVP. I you haven't RSVP'ed but are planning on coming, please let me know.

As Lisa Costello and I will back in Maryland next week, I am declaring an Open Lunch in Bowie, Maryland on Saturday, November 16th. We'll meet at DuClaw Brewing Company in Bowie Town Center at 11:30 am.

If you can read this, you are invited. Whether we're old friends, casual acquaintances, or you're an Internet fan/lurker, you are welcome to attend.

Please do RSVP in comments or by email so I can try to secure a suitably sized table.

See some, all or none of you in Maryland at the end of this week.