Can Genomics Blow Up the Clinical Trial? — Genomic technology could accelerate patient trials of new cancer drugs that are targeted to a tumor’s individual molecular profile.

Glorious Saturn. And You, Too.

What If JFK Had Lived?

Poor countries want space programs more than rich ones do — Spending on space exploration is booming—just not among traditional space powers.

The Re-Victimization of Homosexual Targets of the Nazi Regime

Rising seas threaten Florida’s future — A Miami Herald editorial. It’s less convenient to let your ideology blind you to reality when the reality is that your city will disappear under water during your lifetime. Though Rush Limbaugh and the GOP are free to hold their 2048 convention under the waves there.

Supertyphoons and Global Warming — Amazing, the liberals have even managed to create weather control as part of their climate change hoax.

?otD: Are you near the water today? 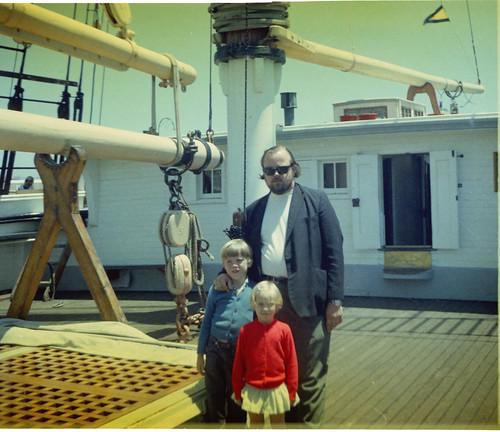 You know it's been a tough couple of weeks when a transcontinental flight followed by a 180-mile nighttime automobile drive seems like a relaxing day.

For example, on Monday I did the following, roughly in this order:

That's what my life is like these days. While I am sick and unfocused and on long term disability because I can no longer work. So, yeah.

On the plus side, our long drive last night was so we could spend part of the day in Rehoboth Beach, Delaware, one of Lisa's favorite old haunts. A little time to relax before we jump into the logistics of dismantling her parents' lives here.

Yesterday someone asked me why, if I was so miserable, I didn't go ahead with assisted suicide, as provided for by the Oregon Death With Dignity Act. Voluntary euthanasia has been legal here for many years, the primary criteria being that the patient is mentally competent to request it, the request be made both verbally and in writing, and that the patient be terminally ill with six months or less to live.

While I frankly didn't appreciate the question very much, on reflection I realized it was a fair one.

The short answer is my will to live. As Lisa Costello has said, if will to live were sufficient for survival, I'd live forever. I can imagine letting go in the very late stages of my terminal decline, if I were overwhelmed by the physical and psychic pain of dying, but not short of that.

The slightly longer answer is that needs me. My lovers, friends and family need me. I need me. Like most people, I dwell in the center of an interwoven tapestry of love and obligation and joy and desire and support, and I don't want to tear myself out of that place any sooner than I have to.

The more complex answer, as simple as it may be on the surface, is my atheism. Despite thousands of years of wishful thinking and uncountable faith narratives from virtually every human culture, there is not one shred of objective, repeatable evidence for the survival of self beyond the death of the brain. When I die, I will experience personal extinction. That's not a belief, that's not a theory; that's a simple, empirical fact borne out by the experience of every human being who has ever lived and died before me. While I'd love to be an exception, given that basic truth of course I want to hang around the party as long as possible.

One final point: once I'm dead, I won't know the difference. But many other people I care about will. So for them, I live as long as I can.