Word of the month: Vorfreud — Huh. (Via Daily Idioms, Annotated.)

The Drowned — Lost towns of the St. Lawrence Seaway.

Impacts of climate change observed in global precipitation patterns — The changes we're seeing just aren't normal. American conservatives will have an enormous burden to answer for when history, as well as their own descendants, look back and ask why the hell we didn’t do something about this when we had the chance.

Police sent to all national papers after Paris shooting — Note the total difference in France of response to a firearms incident.

Heaven Is for Doppelgangers: You will be replaced in the afterlife — Slacktivist Fred Clark is bitterly funny about idealized visions of heaven in Christianist media.

?otD: Is it raining in the park? 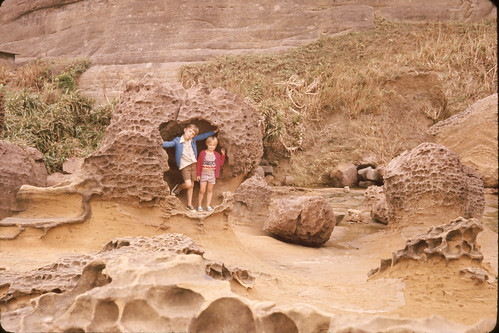 One thing I haven't seen discussed in the enrollment figures for ACA (or if it has been, I missed it), is the ludicrous mismatch between the ACA enrollment period and the open enrollment windows in most corporate insurance plans, including COBRA participants.

I'm terminally ill with advanced metastatic colon cancer, and expect to pass away by next summer unless I get very lucky with a clinical trial. Over the past five and half years, my insurance carrier has covered over $1.3 million in medical billing, most of it at a 25% contract discount rate, to keep me alive. In other words, they're in for close to a million bucks on my already. The rest of my life will cost somewhere between $50,000 and $250,000 more, at an educated guess.

So you can imagine my keen interest in the ACA rules, specifically the elimination of lifetime spending caps which came along just in time to keep me from having to pay for my treatments out of pocket. A spending level you may rest assured I could not possibly meet on my resources. Likewise the elimination of restrictions on pre-existing conditions, which in my situation is obviously an enormous issue as well. Other family members on my coverage have pre-existing conditions also, so this problem exists for me long after my impending death.

I'm on COBRA now, as part of my exit from the workforce on Long Term Disability. COBRA is pretty pricey for me. I was very interested in ACA plans in my home state of Oregon, through the Cover Oregon program. But in order to retain my COBRA coverage, I had to respond during an open enrollment window in early November, which just ended. Meanwhile, in Oregon the ACA plans are not fully configured or priced, so I had no way to evaluate whether my replacement coverage through Cover Oregon would meet my very substantial end-of-life healthcare needs, let alone the more ordinary needs of my dependents.

I suspect there are tens of thousands, possibly hundreds of thousands or more, people like me nationwide either trapped in expensive COBRA plans or in substandard employer-sponsored plans, who would have loved a shot at ACA enrollment. Had the law brought the enrollment window forward to Q4-2013 instead of Q1-2014, we could have done an apples-to-apples comparison and shopped accordingly, in conformance with good conservative free market principles. But the timing of the ACA means anyone with a mandatory open enrollment window in this last quarter of 2013 had to give the ACA a pass for 2014.

That right there would have made a huge difference in the Obamacare enrollment figures.

I'm pretty sure this is the kind of oversight you get when the people who write the rules never have to live by them. But it's a very damaging one from a policy perspective, and a very annoying one from a personal perspective.

Don't even get me started on how the disability system works, btw. It's literally a racket, protected by law, that steals from people in their hour of greatest need.

For my own part, I'm just happy the lifetime spending caps are gone. There is no conservative plan for healthcare that involves anything for me other than "go ahead and die already", so even though I cannot enroll in an ACA plan, I remain a strong supporter on a purely personal level as well as in line with my long held liberal-progressive principles.
Collapse