The Life and Times of an Aging Superhero Captured in Oil Paintings by Andreas Englund — Oh, wow, this is so cool. (Thanks to .)

Google In Talks With VSP Global To Integrate Prescription Lenses In Google Glass — I would love to use Google Glass, but absolutely need prescription lenses to make it happen.

Absurd Creature of the Week: The 16-Foot-Tall Reptilian Stork That Delivered Death Instead of Babies — (Thanks to Lezli Robyn.)

Militia nut openly calls for Obama`s assassination on Facebook — And what troubles me the most is when I see crazies like this fueled by every Republican conspiracy from Benghazi, to bitherism, to Obamacare, to guns. Words have consequences, and a number of us have said for a while that while no sane person would listen to conservative hate-talk and pick up a gun, but we’re a bit country, and I’m not worried about the sane ones. The crazy ones can all too easily get a gun as well.

State Rep. Drew Darby charged with taking weapon to Austin airport — I feel so much safer knowing that Republican politicians are packing heat in airports. Don’t you?

How The Wall Street Journal And The New York Times Flip-Flopped On The Filibuster — Your Liberal Media, supporting the conservative narrative since forever.

FLASHBACK: When Conservatives Decried Filibusters And Urged Senate Majority Leader To Use Nuclear Option — Because, you know, this was a naked Democratic power grab without precedent. Ask anyone in Your Liberal Media. Never mind that President Obama has had more executive and judicial nominees filibustered than all other presidents in American history combined: that was the GOP’s patriotic duty, not a power grab on their part. No, no. 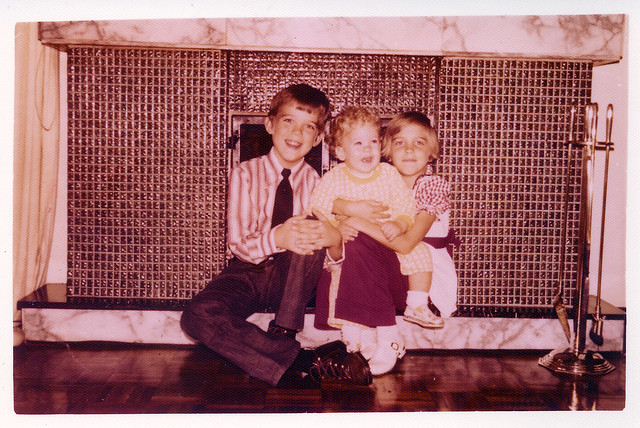 Me with my brother and sister. Photo © 1975, J. Lake. Reproduced with permission.

I have no idea what the heck this is, but it’s in the middle of the Tri-Met light rail expansion construction at the north end of Milwaukie, OR. Note the scale with the front end loader — that sucker must be something like 30 feet in diameter. The theory that Lisa Costello and I have evolved is that it’s a Stargate. Or possibly it’s some form of public art, but the project site is early days for an art installation. 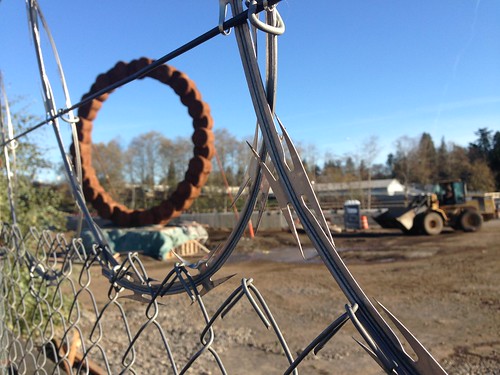 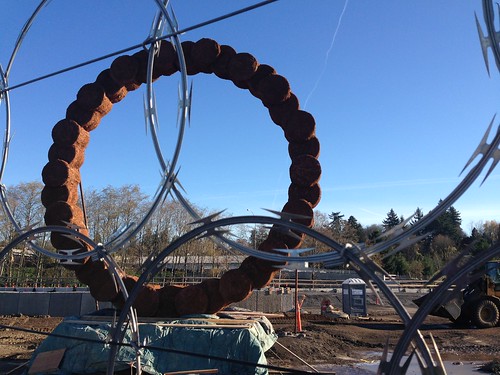 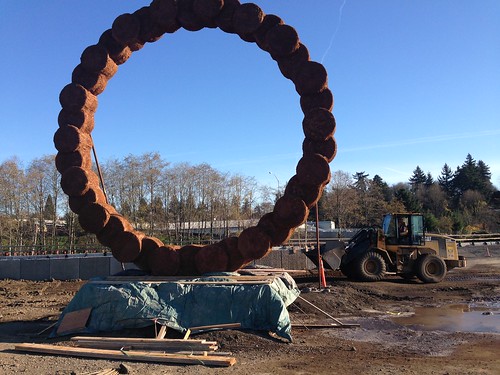