Could Sexual Frustration Lead To A Shorter Life?

Atheists sink to new depths of depravity! — It’s amazing how immoral the irreligious are without the external threat of eternal punishment to keep us in line. After all, no human being could possibly be a moral actor without an invisible friend threatening their very lives and souls. (Via Scrivener’s Error.)

The real cultists are not Maoists, they're CEOs — It is not only in religious or political circumstances where people are made to follow a leader unthinkingly. Ah, yes. The sociopath in the corner office. (Via Scrivener’s Error.)

The chalice that helped make possible the Iran nuclear deal — In gesture of goodwill that helped lead to talks, the U.S. presented a gift to Iran: a silver chalice in the shape of a griffin that is thought to be an antiquity looted from an Iranian cave. (Via David Goldman.)

Off Siberia’s Arctic coast, the seafloor belches methane — And it's belching more than we had thought it was. Another climate change artifact.

Rooting for Failure — For the entirety of the Obama era, Republicans have consistently been cheerleaders for failure. They rooted for the economic recovery to sputter, for gas prices to spike, the job market to crater, the rescue of the American automobile industry to fall apart. I get it. This organized schadenfreude goes back to the dawn of Obama’s presidency, when Rush Limbaugh, later joined by Senator Mitch McConnell, said their No. 1 goal was for the president to fail. A CNN poll in 2010 found 61 percent of Republicans hoping Obama would fail (versus only 27 percent among all Americans). Now that’s patriotism, conservative values distilled in the best interests of the country consistent with the GOP’s unswerving commitment to the American people. Are you proud of your Republican party?

?otD: Are you just a cheeseburger in paradise? 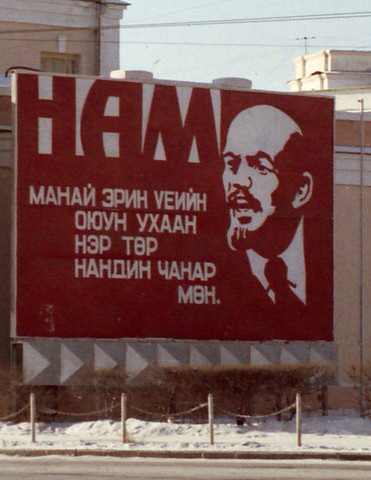 Lisa Costello and I both continue a bit under the weather. She thinks we have the same bug, I am not so certain, though she's probably right. I feel more or less okay in the morning, after a very slow start and a night of oversleeping. By afternoon I am fatigued, logey, mildly headachey, and feel as if I have a fever, though I am not hot. Lisa has much the same symptoms, except with rather stronger headaches.

If she wasn't going through it with me, I would assume these symptoms signal the beginning of my terminal decline, as they're pretty close to what I've been told to expect. Lisa's had this for about ten days, I've had it for about three. So either a slow moving bug, or the hastening of my demise. Cheerful, eh?

We did have a very nice family-and-friends dinner yesterday afternoon. Lisa sat it out at home, due to how ill she was feeling, and I wound up leaving early for similar reasons. Team E— made smoked pork butt, Jersey Girl in Portland made two potato salads, mom made Moroccan sweet potato salad, while and AH combined forces for a green salad and some challah bread. Plus various desserts.

Also, came home last night from her East Coast adventures, but Lisa and I had zonked out by then, so I still haven't hugged her hello and heard whatever stories she has to tell.

, Dad and I spent much of Friday working through questions and decisions about clinical trials. Miki and Janet Freeman-Daily had been trolling online resources from NIH and elsewhere looking for possibilities, and diving through my medical history with Dad to try analyze how I matched the qualifications.

There are several issues right up front with qualification matches. One is that I have survived so long with this cancer that I have pushed through every available, approved treatment. This in and of itself disqualifies me from some trials, as they can have a matrix of "must not have been treated with X", or "must have experienced outcome A when treated with Y". While I am not flatly unresponsive to chemotherapy, my cancer has been pretty darned refractory. Another issue is my mutation status, as discussed here before. I have a rather rare KRAS mutation, which means that I am ineligible for studies seeking only KRAS wild type patients, but I am also ineligible for studies seeking only KRAS mutated patients, as my mutation doesn't correspond to any of the handful of recognized types.

There are other qualification filters as well. For example, my ECOG score (roughly speaking, a measure of baseline health and fitness) is relatively high for my disease history and duration. Perhaps unusually so. This makes me more fit for some studies than the average patient.

It's also the case that the intersection of my survival time, treatment history and mutation status put me in a very small pool of patients, for which many studies will not have an interest as people in that pool are rare enough as to not be worth targeting with research dollars.

Of course, we have our own selection criteria. Studies which have very low probability or unknown outcomes are less interesting to us than studies which are focusing on refining understanding of a known potential outcome. (I'm probably saying that wrong from a clinical perspective, but you get the point.)

Travel time, and time spent away from home, is also significant. I don't mind running off to the NIH in Bethesda, MD if I need to, but I can't spend months there as an in-patient study target. In principle, I could spend months here in Portland, or even Seattle, as an in-patient study target, because of proximity to my friends and family, and especially . Even there, the nature of the study inflects how we view travel. For example, a study which leaves me severely immunocompromised presents different challenges from a study which leaves me severely fatigued.

Location is relevant in other ways. NIH studies can be two or three years ahead of university and hospital studies in terms of the currency of the research being leveraged. NIH studies also usually include a travel stipend, which is otherwise quite rare. So I could go to NIH without having to spend a lot of money (or do a lot of fundraising), where a similar study at Johns Hopkins in Baltimore would have travel costs coming entirely out of my pocket (or those of my friends). I frankly don't know yet how much, if any, of this my health insurance carrier will pick up, as there's no point in asking them until we've got a better handle on what we're asking for.

As it happens, I have extensive experience with anti-metabolites, to small effect except for my six successful months on Regorafenib, the drug which has now failed for me. I have modest experience with monoclonal antibodies, to no particular success. So in principle, we're a lot more interested in trials of immune system re-engineering techniques or cancer vaccines, reasoning that if the other treatment modalities have failed me, it's worth trying one with which I have no prior history in hopes that will be more effective.

As you can see, there are a number of overlapping selection criteria both from my perspective and the perspective of the study recruitment process. This means there is no clear-cut decisioning process or stack ranking for preference. Rather, everything falls into a matrix of factors, from which we have to make judgment calls.

At this point, looking within my somewhat narrow range of qualifications, we've found one Phase 3 clinical trial of a drug which has a strong response history for my kind of cancer. Issues there are the trial may be closing down, meaning I've missed the recruitment window, and that as a Phase 3 trial, it has a placebo arm into which I am at risk of being selected. Also, this is an anti-metabolite treatment modality. We've also found three different Phase 1 trials at NIH (Phase 1 trials do not have placebo arms), two of which are anti-metabolite trials, and one of which is an immune system re-engineering trial. Miki and Dad are working on a short list of other trials for us to pursue, most or all of them at institutions here in the western United States.

None of these trials are in Portland, but the next available trial in Portland which holds any promise for me doesn't open before February at the earliest. That's a long enough time frame for me to seek and enter another trial, and if I fail out of another trial, still be on deck for the that Portland trial.

Like almost everything else connected with my illness, this is a complicated and time-consuming process. I am profoundly grateful to my friends and family who are willing and eager to invest their time and energy in helping sort this out for me.

Also like almost everything else, the process is uncertain. I might be on the phone this week with an opportunity to go be screened somewhere for intake right away, or nothing might happen for weeks and weeks. So I can make no plans or commitments with any confidence at all.

We just keep trying, because that's what we do around here. When I'm too exhausted or overwhelmed to keep with the trying, others carry my flag for me a while.