NSA forces novelist to scrap book — Hah. Charlie Stross from the other end of the telescope. (Via Dad.)

Strange gelatinous creature gives hints of the first animals on Earth — The comb jelly genome is in, nerves are common, and muscles were invented twice.

World’s Smallest Pacemaker Can Be Implanted without Surgery — New cardiac devices are small enough to be delivered through blood vessels into the heart.

Arctic Waters Keep Warming in 2013 — The Arctic continued to shift to a warmer, greener state in 2013.

And may all your Jesuses be white — While I certainly could have a lot of bitter sarcasm here, this is actually good news about the LDS church and race. The moral cretins who invested so heavily of their spiritual and financial credibility in Proposition 8 get something right for a change.

Photo of the Day: Was St. Nicholas “White”? — Well, smug Republican Jesus was certainly white, so why not? It’s not like facts or accuracy have any place whatsoever in the Christianist worldview.

Let's just rename Michigan Gilead and call it a day — Yes, Michigan ladies you'll need to insure yourself against pregnancy from rape because the misogynistic pigs of the Michigan legislature think women should be forced to give birth to their rapists children. This is Handmaid's Tale come to life. The conservative obsession with controlling women and their reproductive health is so toxic I cannot imagine why any woman, or anyone related to a woman by birth or marriage, can ever vote for the Republican party. Assuming they have a shred of compassion or morality in them.

Most of 109 new gun laws enacted since last year's Newtown massacre have loosened restrictions — Because as any conservative will tell you, guns make us all safer. Ask the 30,000 people who are proudly killed by firearms every year in order to preserve your theoretical defense of essential liberties. No other developed country in the world makes such wholesale human sacrifices for the illusion of safety. Makes me proud to be an American, damn it.

?otD: Did you get any answers? 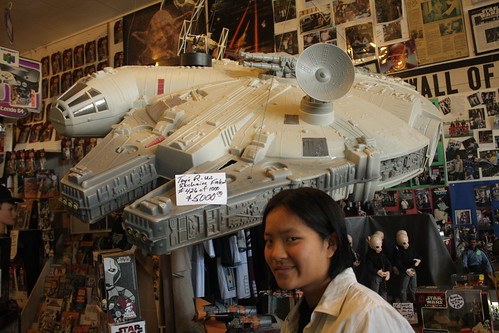 I now have a screening and intake appointment at the National Institutes of Health (NIH) in Bethesda, Maryland, on December 30th. Due to a combination of flight availability and a desire to have a margin of error in case of severe weather issues, Dad, Lisa Costello and I are flying east several days earlier. As we are working on multiple tracks at NIH, both through the National Cancer Institute (NCI) and elsewhere within NIH, I will wait until more is resolved before detailing those steps and what's involved in the proposed studies.

It's been quite an effort to get this far. Phone calls all over the place, lost forms, conversations with doctors both here in Oregon and at the NIH (the latter by telephone, obviously), me having to personally and politely poke the Pathology department at my treating hospital, records, timing. Amazing stuff.

In the mean time, I am not entering a trial here in the Portland area which was under consideration. One of the side effects they are researching is severe psychological disturbance, and given my long-term mental health history (severe chronic depression with a teen-aged suicide attempt) we all felt I was a poor candidate. Also, other trial leads keep bubbling up.

Yesterday there was a moment of irony so deep you could have forged it into a plowshare. I was on the phone with UnitedHealthcare, my health insurance provider. We were discussing benefit coverage for clinical trials. According to UHC, coverage for the routine care portion of clinical trials — meaning everything but the cost of the drugs or procedures being tested, basically — is a requirement of the Affordable Care Act, a/k/a Obamacare. (So chalk that right up to another thing Republicans want to strip away from the sick and the dying.) I am covered just as I would be for those same procedures are part of ordinary treatment, assuming the site where I am being treated is in-network.

Not only that, I am told that UHC covers travel expenses including airfare and lodging, to seek clinical trials more than fifty miles away from my home.

There's only one catch. The clinical trial in question has to be approved on a case by case basis for the routine care coverage, the primary criterion being that the trial meets NIH and NCI guidelines. Well, since I'm going to the NIH and the NCI, this seems like a no-brainer.

There's only one other catch. The travel stipend is valid only for clinical trials taking place at UHC designated "Cancer Centers of Excellence." This is mostly places you've heard of, like the Mayo Clinic, Johns Hopkins University, M.D. Anderson Cancer Center and so forth. Well, it doesn't get much more excellent than NIH and NCI, institutions which had already been cited as the reference standard for the validity of clinical trials.

Not so fast, says UHC. NIH and NCI are not considered a "Cancer Center of Excellence" by my health insurance carrier.

So, no travel reimbursement. (This is not as bad as it might seem, as I am likely eligible for a stipend from NIH. It's just weird.)

And actually, I do sort of get where they're coming from. The "Cancer Center of Excellence" policy at UHC has broader applications around second opinions and treatment choices. NIH and NCI aren't treating hospitals, they're research institutions. The doctor:patient ratios are very different, the available bed counts, etc. Whatever the metrics are, they have to be skewed.

It still seems very strange to have a benefit for clinical trials, including travel, and not consider the pre-eminent cancer research institution in the United States an eligible destination to provide clinical trials. Oh, well. At least NIH and NCI are in-network for my carrier.